MEDinART is happy to announce that Vesalius Continuum and Fabrica Vitae exhibition that will take place on Zakynthos, Greece (4-8 September 2014), have been mentioned in the New York Times (Aug. 25 2014).

You can read the whole article of New York Times here:

MEDinART will also be present in the Fabrica Vitae exhibition with a new video created by Vasia Hatzi (creator and director of MEDinART) and Costis Economides and Elli Pavloudi of ON TIME Productions. This video will contain three (3) representative medical-inspired artwork of the more than 80 artists around the world whose work is featured in MEDinART.

This global touring multi-dimentional exhibition will be an amazing “hybrid” destination that will bring together medical artists from all around the world, inspire the bio-medical scientists and educate the general public.

See you all there! 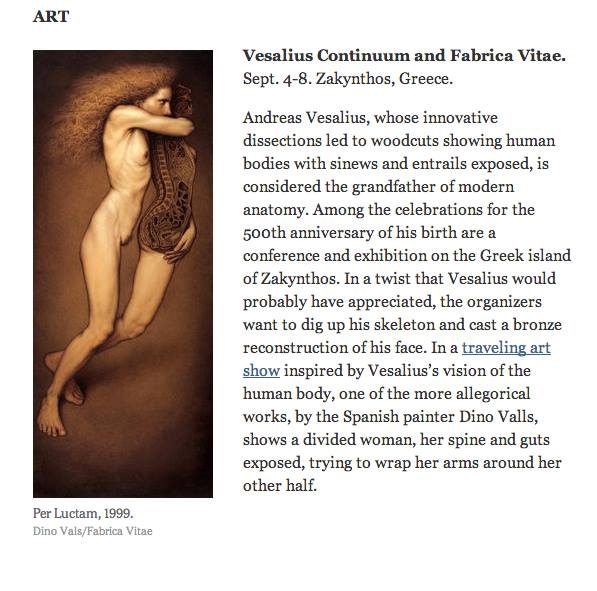