«MEDinART – where MEDicine and ART collide. Part One: The Greek Αrtists»

The MEDinART Video, created in collaboration with ONTIME Productions, presenting 222 artworks from 74 MEDinART artists will be also screened during the exhibition.

Unique in its content, MEDinART has been created by Vasia Hatzi, PhD Geneticist and has been launched at the main stage of TEDMEDLive Athens 2013. Until today it has been presented through video projections and invited talks in International events and conferences in Europe (Belgium, Denmark, Greece, Switzerland), Kazakhstan as well as Saint Louis and Atlanta, USA. MEDinART has been collaborated and co-organised Science/Art events with International art organisations (SciCo, Andreas Syggros Museum, Fabrica Vitae, Vesalius Continuum,BIOMAB, Interalia magazine -UK, SciArt Magazine-New York) as well as governmental bodies.

More info about the MEDinART exhibition, the work of each artist and the general program of Athens Science Festival will be announced very soon!

For more information about the exhibition and Athens Science Festival CLICK HERE. 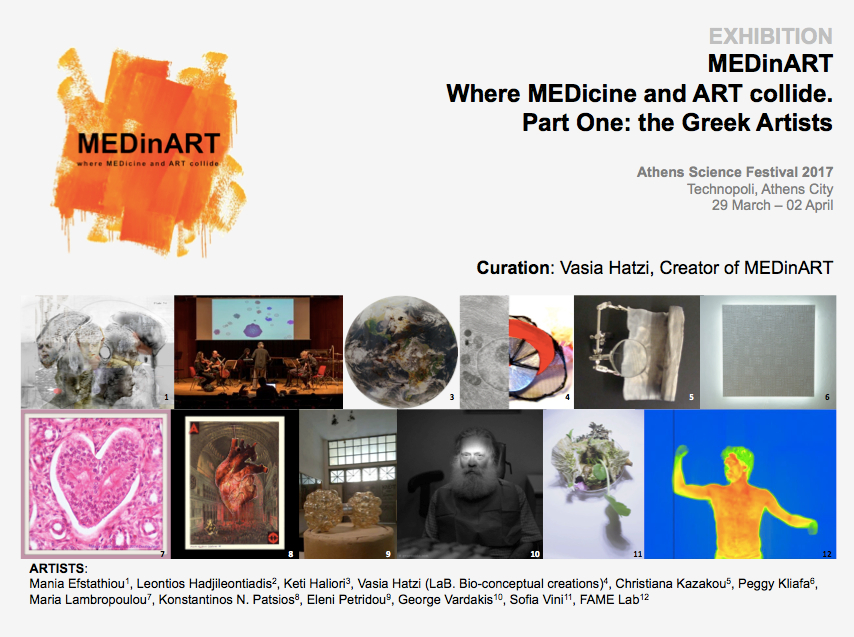