Yiannis Melanitis work initiates from an intense conceptualization on the strategies of the contemporary artist and the artwork itself, deviating from its epistemological origins, implying the use of heterogeneous artistic media, through installations, performances, critical texts, sculptures, paintings and drawings.

1. 1st Greek Prize [EBGE Reward] for the  catalogue Dermatographies, a catalogue for the exhibition at the Museum of Moulages, Syggros Hospital 2008.

A HUMANISED BUTTERFLY NAMED LEDA MELANITIS. Marta de Menezes (PORTUGAL) and Yiannis Melanitis (GREECE). With the collaboration of Antonia Monteiro, Yale University (USA). A work of inserting a human gene (artists‘ Melanitis Yiannis) in a butterfly (species: Leda Melanitis, the Common Evening Brown of the Containing group: Melanitini, Linnaeus 1758 ). DESCRIPTION: One human gene, still to be identified during the research stage of the project, will be inserted into the butterfly genome. We are particularly interested in genes that encode for the eye. The human gene, obtained from Yiannis Melanitis genome, will be linked to a mCherry tag (named in science a reporter gene) in order to allow visual confirmation that the human gene was successfully introduced (as the reporter will provide red color in cells where the human gene is expressed). We are especially interested in following the expression of the human gene (and the reporter gene mCherry) in the eyes of the butterfly and its wing. Our aim is to create a hybrid organism with human genes that express human proteins on its wings. This Project will also be a good opportunity to further investigate if butterfly cells can recognize human proteins and respond to them . The collaborating scientists (Prof. Antonia Monteiro’s group at Yale) have experienced in the genetic manipulation of butterflies (see supporting information) and are interested in studying the outcome of this artistic project. In fact, co-option of the eye developmental gene regulatory network may have led to the appearance of novel functional traits on the wings of flies and butterflies. The first trait is a recently described wing organ in a species of extinct midge resembling the outer layers of the midge’s own compound eye. The second trait is red pigment patches on Heliconius butterfly wings connected to the expression of an eye selector gene, optix. It will therefore be challenging to find out whether introduction of a human gene related to eye development can lead to significant changes in butterflies eyes or wings. [For further information about the project, read the article titled "Physical Information Exhanges Between Organisms" here: http://melanitis.com/index.html ] 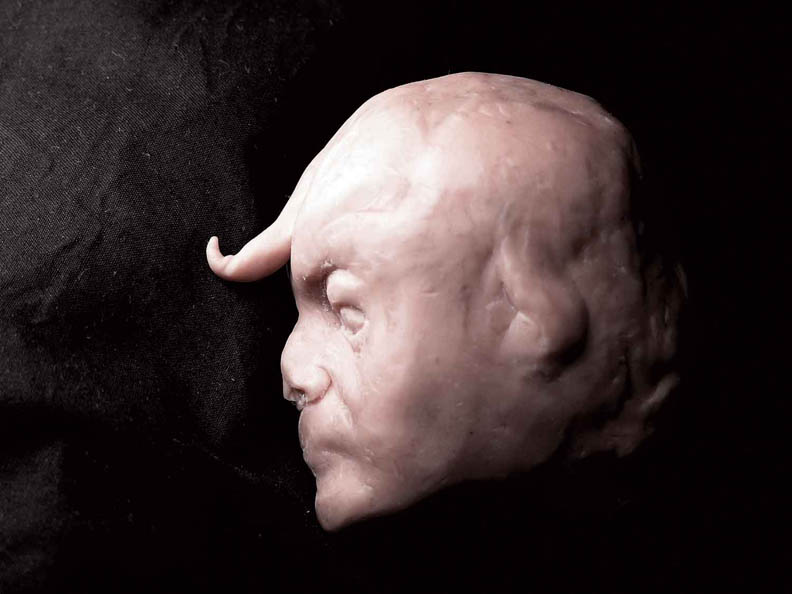 TELEPAPHUS. A sculpture head with antenna on the forehead (in accordance to the antenna of the mutant fruitfly) entitled Telepaphus, a hypothetical new god, synthetic clay 2005. On the sculpture's basis, the epigraph with the DNA code of the Antennapedia gene. ©Yiannis Melanitis 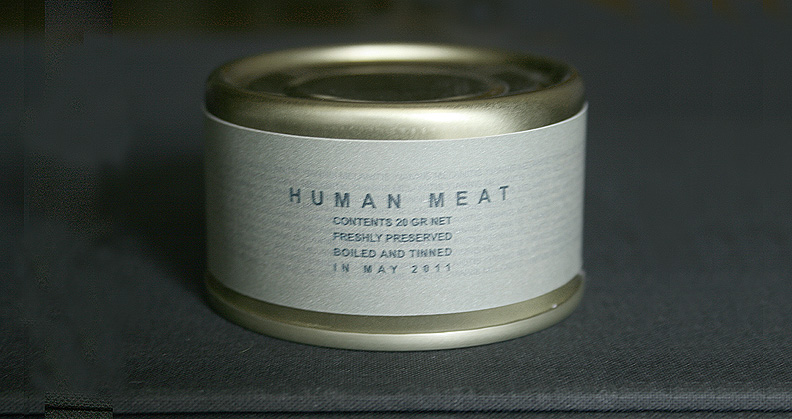 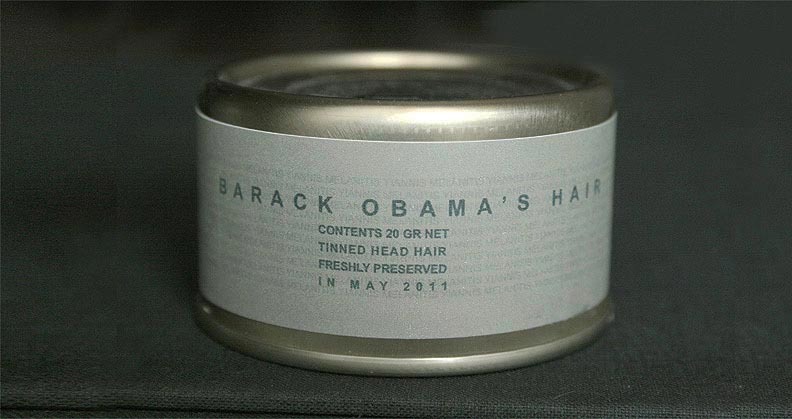 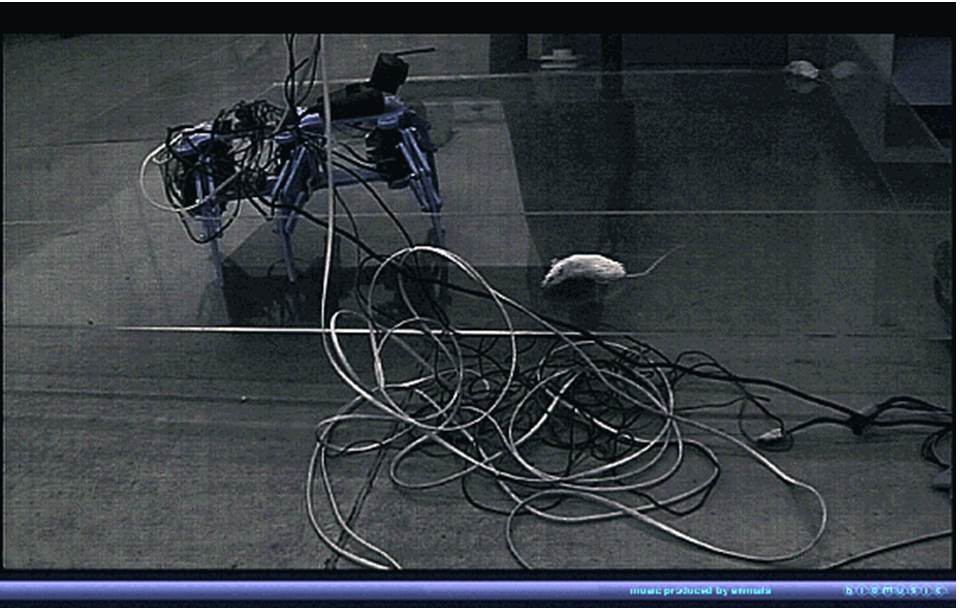 BIO-ROBOTIC SYMBIOSIS. An integrated environment for animal-machine co-existence Bio-robotic symbiosis features a hexapod robot, two laboratory mice and the audience. The robot and the mice co-exist in a transparent plexiglass stand that is accessible to the audience. A video camera is attached on the robot sending image data to an originally designed Java program running on a PC. The program analyzes the video input in order to generate random sound and issue motion commands to the robot. Concept: Melanitis Y./ Java Programming: Sgouros N./ Technical help: Prokopiou P., Kousidou S. ©Yiannis Melanitis 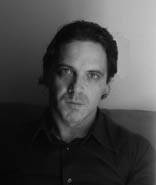 BIO
Yiannis Melanitis, born 1967, Athens, Greece. Lived in Paros till 1974. Since then he lives and works in Athens. He holds degrees in Painting (prof. X. Botsoglou), Sculpture (prof. G. Lappas) and Masters degree in Digital Arts from Athens School of Fine Arts. Since 2002 he is teaching as a Lecturer of the Sculpture Dept., Athens School of Fine Arts and teached at the School of Architecture as a PhD Fellow (2007). He is a PhD candidate (2005) at the School of Architecture, Athens. Till 2008, his art refers to the body in relation to the epistemological (biological) context which defines it. He introduced the term bio-performance based on the conception of the "analogical body" (as opposed to digital), in an attempt to re-establish the corporeal status of experience, de-depenting the body from the domination of simulations or virtual allusions. The notion of the body as soft and malleable unity, forming a "liquid space" formation within space was proposed as a neo-appearance of corporeality. During 1993-2008, he presented interactive performances (mostly web-based) using originally designed software, as well as sculptures and drawings related to them. His work "The Land of Noman", is a work in five acts, with their correspondances: Calypso, Nausicaa, Circa, Penelope- [the fifth act refers to the residency of Ulysses as Faust in Ithaca.] The work consists of five parts each one interconnected to the Homeric narration through Ulysses novel by James Joyce. It refers to the transformations of a female persona which represents the four different societies visited by Ulysses. Four islands, four societies, four women, four environments of distinct techniques, represented by female performers in bodily transformations. In his E31 Gallery personal exhibition(2008) he presented sculptures in a serie entitled "Ulysses as Faust". In his works (The Garden, the Diffusion of the Elements, The Land of Noman), technology is not visibly apparent, forming a magical interaction between materials and the body. Presentations include two group exhibitions at Ileana Tounta Center for Contemporary Art with sculptures and video-works (1999), an interactive performance "Pleasure Machine" at the 8th New York Digital Salon (2000) also presented at the Blue Stage in the House of World Cultures of Berlin, the video-work "The artist as a bird " at Deste Foundation (exhibition "Toxic’ 2001). Also at the [email protected] Festival/ De-Globalizing/Re-Globalizing, presenting " Bio-robotic symbiosis’ interactive installation -(Lavrion, Sofia,Maribor, Frankfurt, 2001). At Ex Teresa Arte Actual he presented the interactive web-performance "Terra Ingognita" (a telerobotic piece) for the X International Festival of Performance Art: Life in Another Planet, Mexico City, 2001. One of his most recent performances was "Animal Accessories" for the group exhibition "Living inside", Athens 2002, also the interactive performance "Prometheus" performed at the Kourzoum Djami and at the Athens Academy. At the International Science Fiction Conference "Biotechnological and Medical Items in Science Fiction" he presented the paper "Biorobotic environments, interactions and hyperhumans: Interactive robotic performances exploring the potentials of an unknown space towards the potential of a renewed anatomy ", Aristotelian University of Thessaloniki 2001. His latest interest concerns "biotechnology and control of the body", where he uses his term "bio-performance" as an advanced environment -in this situation, the control of the performance is derived from biological algorithms. Other performances were presented in Monaco Dance Forum 2002 (interactive performance "Blind Date’), The Garden interactive performance at Eugenidio Foundation( Athens 2005), also the interactive performance "The Diffusion of the Elements’ at the D624 project space (2005). He presented Molly-Penelope-Bloom and Nausicaa/place of virginity performances at UNFAIR(mperial Hotel) and OPA, (BIOS), also participating with E31gallery at artATHINA 2007. He writes for artzine journal and Futura magazine. Since 2002 he is teaching as collaborator of Sculpture Deptm., Athens School of Fine Arts. Melanitis Yiannis is member of Delphi Society. He is a PhD Fellow (June 2005) at the School of Architecture, Athens. [Full CV of Y. Melanitis: http://melanitis.com/bio.html]