The process of combining spilled ink with carefully rendered images comes from my attraction to the physicality of paper, my love for drawing, and my desire to abandon structure and leave some things to chance. Much as one would with a Rorschach test, I observe the spilled ink and interpret forms that I see. Initially these were clusters of interweaving laboratory glassware; however, as the work developed, the test tubes and flasks progressively morphed into blood vessels, intestines, and neurons.

My practice eventually led to a study of how it feels and what it means to have a body, as well as how the body is socially constructed and culturally perceived. Given that my work increasingly resembled medical illustration – a visual form that effectively reduces the human body to a diagram – I felt the need to create an alternative representation to the scientifically objectified body. My focus on human anatomy thus expanded to include various contexts, such as architectural, environmental, and interspecific (between species).

Instead of regarding the human body as a machine-like component of the human entity or an object for public debate, I am interested in presenting the body as an individually lived, subjective experience. By combining unpredictability, intuition, intimacy, and context with carefully rendered medical drawings, I subvert medical illustration and use it as a trope rather than strictly illustrating my ideas. Through this process, I address the perception and value of the human body in an increasingly technologically mediated world. My work serves as a reminder of human fragility, mortality, and subjectivity; it frequently elicits visceral responses from viewers, many of whom tend to enter the work from their own bodily experiences. 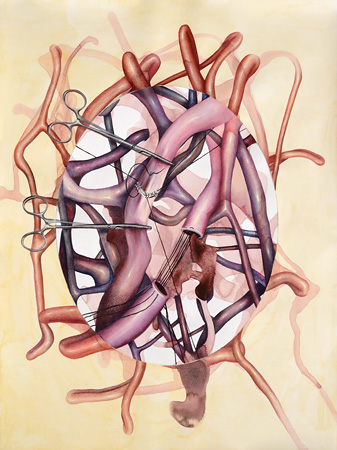 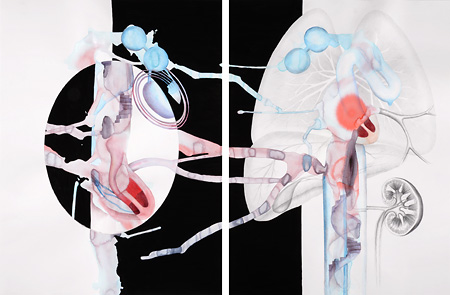 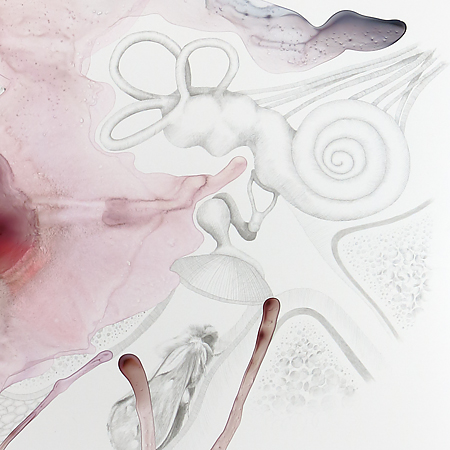 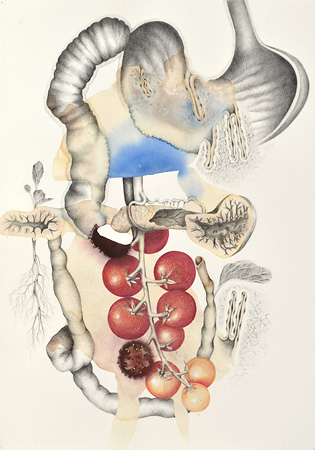 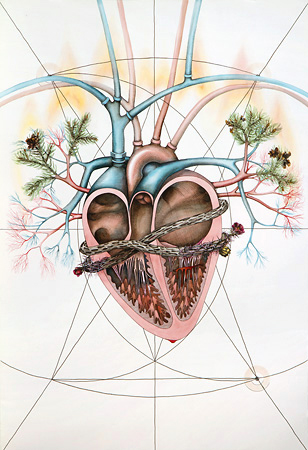 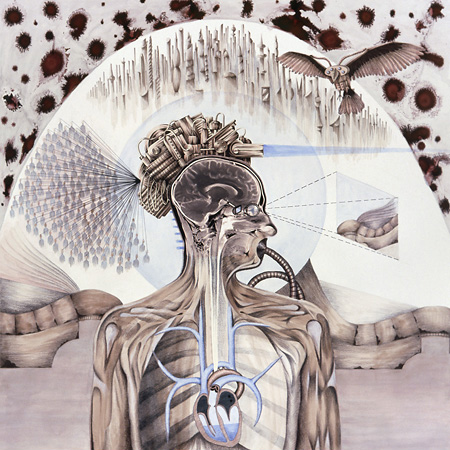 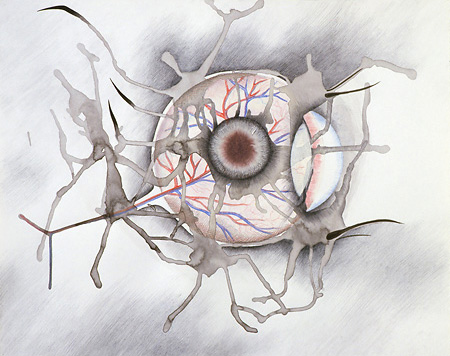 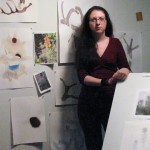 BIO
Vesna Jovanovic was born in Chicago and lived in a small town in Yugoslavia throughout most of her childhood. During the Yugoslav wars, she returned to Chicago and enrolled in a public high school where she learned English and acclimated to the new culture. She pursued a BA in Fine Arts with an emphasis in Ceramics and later a BS in Chemistry, both at Loyola University Chicago. Upon completing her degrees she began working in a scientific research and development laboratory while attending The School of the Art Institute of Chicago, where she was awarded a Merit Scholarship and received a BFA in Studio Art. She also received an MFA in Photography from The Ohio State University. Jovanovic is a recipient of several grants from the Illinois Arts Council and the City of Chicago, as well as artist residencies and exhibition awards. Her artwork has been featured in various publications such as Newcity and Time Out Chicago, and on numerous blogs including Discover Magazine, Seed Magazine, and Art:21. Her exhibition record includes solo shows at Packer Schopf Gallery, the International Museum of Surgical Science, and the University of Chicago Gordon Center for Integrative Science. She is currently the artist-in-residence at the International Museum of Surgical Science in Chicago, IL until October 2014.