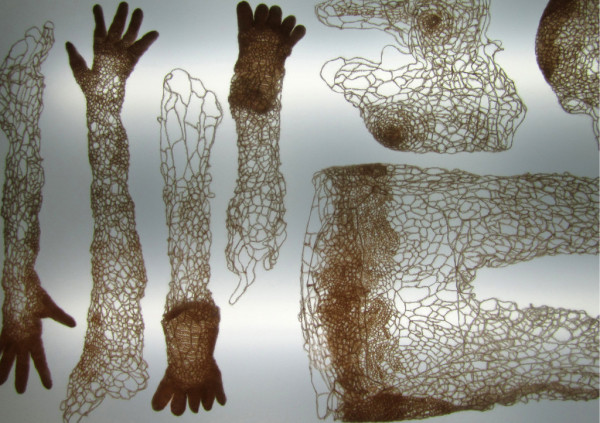 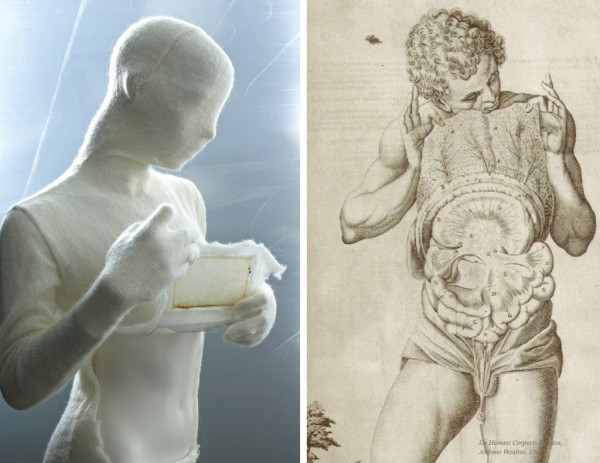 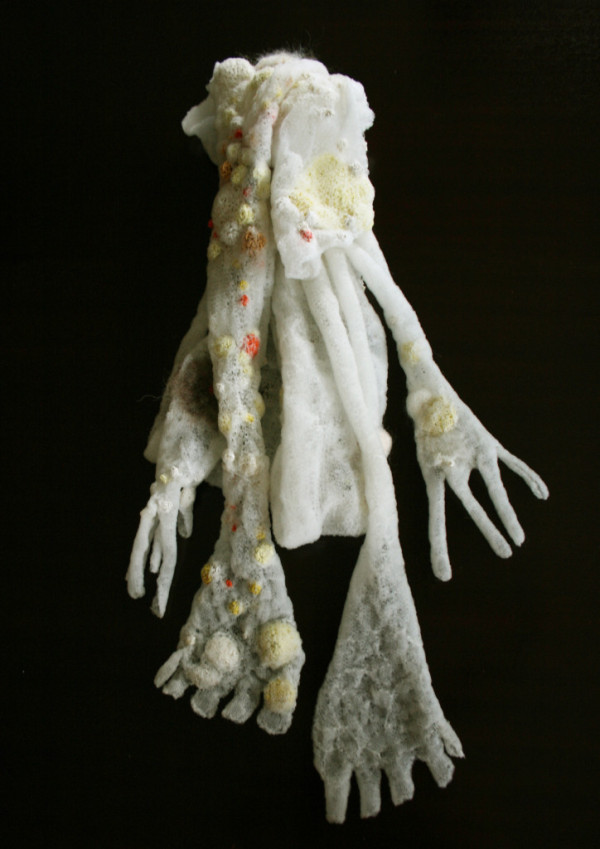 Textured Self (2011) by Sonja Bäumel, a work commissioned by the Textielmuseum Tilburg in the Netherlands, makes the layer of bacteria that was taken from an individual's body on one specific day tangible. Copyright © Sonja Bäumel 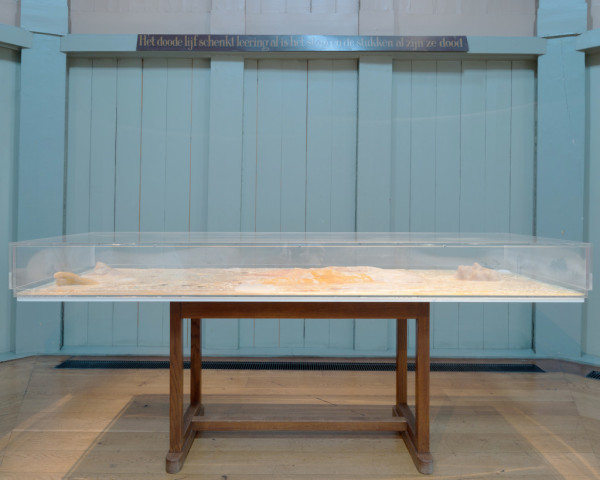 Expanded Self II (2015), the living artifact is a kind of metaphor for new points of view of our person. We humans are not one unit but a symbiotic ecosystem, an accumulation of the smallest parts: microorganism that inhabit and rule the human hosts. Photo credits Cassander Eeftinck Schattenker 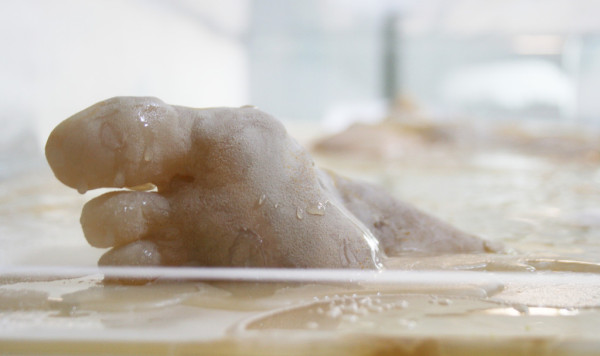 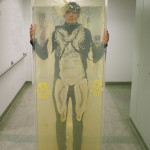 Sonja Bäumel works evolve from permanent confrontation with scientific data and facts, which she often generates herself in experiments and in research labs. Copyright © Sonja Bäumel

BIO
Sonja Bäumel (AT) works across various disciplines including art, design, fashion and biological practice. The interest in Sonja’s ongoing research and creative process lies in the human body and the unexpected diversity of the human ecosystem, in its ‘social network’ and in our changing perspective on the human body. Sonja studied Fashion Design at the Fashion Institute of Vienna, and holds a Bachelor in Arts from the University of Arts of Linz, as well as a Master in Conceptual Design in Context from the Design Academy Eindhoven. In 2012 she was awarded with the Outstanding Artist Award Experimental Design, for the project Textile Anatomy, from the BMUKK Federal Ministry for Education, Art and Culture of Vienna. Her work has been exhibited internationally in Ars Electronica Center (AT), Anthology Film Archives New York (USA); MAK Museum of Applied Arts (AT); Museum of Contemporary Art Taipei (TW) or ZKM Center for Art and Media (DE). Her Textured Self project is in the permanent collection of the Textielmuseum in Tilburg in the Netherlands. Her works have also been the basic impact for documentary films (ORF/ARTE: BioArt - Kunst aus dem Labor; ServusTV_Terra Mater: Wir sind Planeten) to which she actively contributed. She is co-founder of the Dunbar's Number (2011) and member of Pavillion35 (2012) collective based in Vienna, and of the WNDRLUST (2013) collective based in Amsterdam. Sonja currently teaches at the Gerrit Rietveld Academie in Amsterdam.