SAVE is an art-science laboratory, investigating chemical, physical, biological knowledge in the context of artistic understanding. It is a space for work with living, digital, technological; for investigation of new meanings of reality; platform for collaboration of artists and scientists. The laboratory is located in the basement of Moscow State University’s Department of Chemistry. In the past it was a bomb shelters labyrinths. It was a place saving people from war and disasters.

Permanent residents of the lab:

Julia Borovaya – Artist who works in the field of Art & Science. 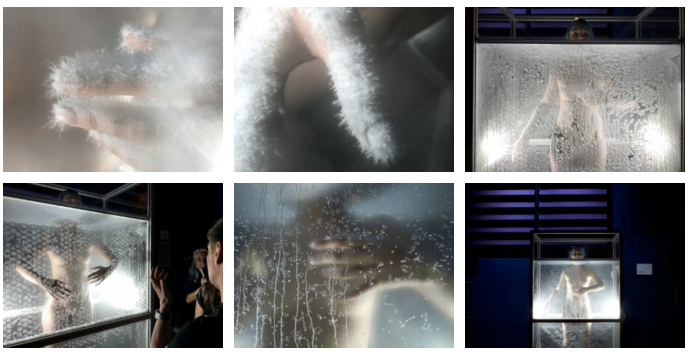 CRYSTAL / the mental body of menthol / This project’s idea is a direct communication between objects - a human body and a chemical substance. The performer is in a glass aquarium. The aquarium is slowly filled with steams which appear from this substance’s gas (fog) phase. The performer finds him in the epicenter of this, and the substance precipitates on his body, gradually building polycrystals, dendrites. The performer needs to learn how to exist in this environment. The performer feels the cold of the whole body, but it's not a real cold, it's the cold of menthol vapors. // Authors: SAVE lab and Anastasiia Kraseva // music by Kotä Records // The project was created with the support of the Cultural Center Muffatwerk (Munich) 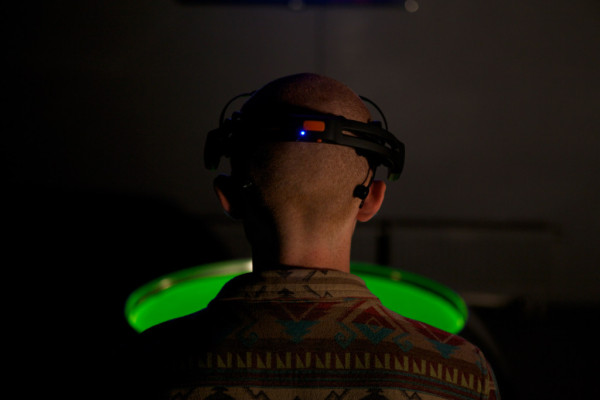 "Solaris": Interactive installation demonstrates the field influence of the permanent magnet on the magnetic and spirit (fluorescent) liquids. Two liquids constitute the diphasic system. Due to liquids movements and their surfaces' modifications we visualize the unique processes of human brain. The spectator wears on neuro interface Emotive Epoc, the device computes a brain activity and sends information to the installation machinery. To test the project people of different ages, social groups and professional areas were invited. Test results confirmed that brain activity and mood of the man reflect on the dynamic and character of liquids movements in the sphere. Object reacts on the changes of mind and emotion states. People who spent a plenty of time with the object managed to influence the dynamic and direction of the liquids on the unconsciousness level. We also reveal that the installation visualizes the temperament of the person. The object copies your mental organization and echoes it on the liquid's surface. The object becomes a part of the participant. Idea and curation: julia borovaya. Robotic system, chemistry: edward rakhmanov. Programming, electronics: ::vtol::. Consultant: prof. alexander kaplan - neurophysiology. Music for video: ::vtol:: 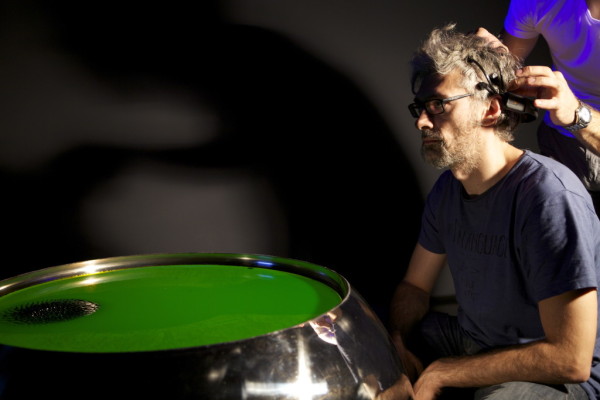 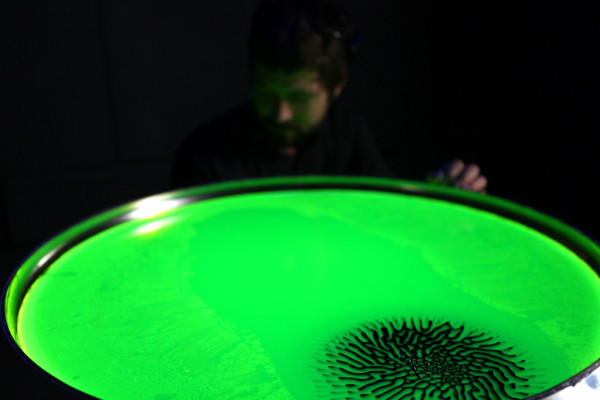 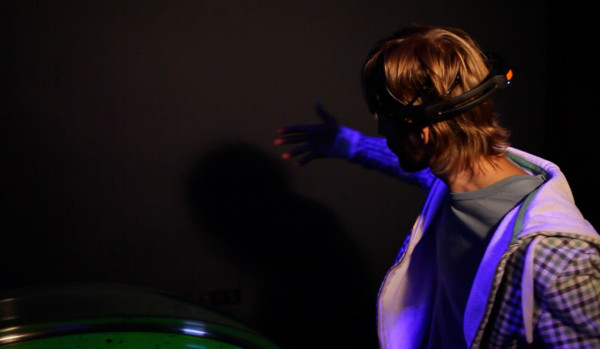 SOLARIS from Julia Borovaya on Vimeo.

BIO
Julia Borovaya and Edward Rakhmanov created a science-art laboratory (www.savelab.org) at the Chemistry Department of Moscow State University. Their collaborative work focuses on the chemical processes, chemical reactions, self-organization processes and transformation of matter. They investigate these processes, using new technologies and digital analysis. They mainly work in the performance genre. In the project SOLARIS artists explore chemistry that happens in human mind.