The basis and the core of my artistic quest and work are the same fundamental questions about Life and Death, which concerned me while I was studying Medicine and later on working as a physician, issues that science describes and addresses.

What I have realized over the time is that the same questions get different “answers” based on ones position and medium of view. Science describes, art though renders really meaningful both questions as well as answers.

Having in my mind the spaces of hospitals, medical laboratories and their “inhabitants”, which I have profoundly experienced both as a doctor and as a patient, I use painting, collage, engraving, sculpture and installations trying to reach visually the relevant concepts of perishability, mortality, loneliness, depersonalization, alienation, disability as well as acceptance and hope.

Particularly concerns me and I’m interested in the human form in its decline. This is why deformed human portraits and sculptures cover a really big part of my work so far. Portraits deprived of individual characteristics and lined with fragments of their medical records; sculptures/installations of clay, laboratory equipment and wax which is for me a material reference to the changeability of human nature and the fragility of human existence. 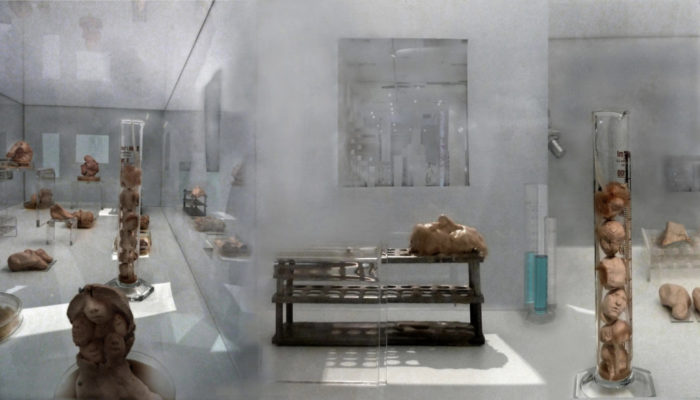 The catalyst for my artistic work is my experience of many-years long medical work in laboratories and the subsequent realization that several dynamic micro-landscapes are created in there. The formation of these micro-landscapes is resulting from the reaction of the space itself and its equipment with the people, transitive and itinerant, its occasional or permanent users. So, using the medical laboratory equipment, test tube racks, graduated cylinders, petri dishes as infrastructure and background of my micro-sculptures, I thus create small-size installations. I reconstruct or mainly create different laboratory landscapes, labscapes, highlighting each time different aspects and conceptual values ​​of each one of them. The cold, impersonal laboratory space enlivens by placing in there small wax or clay busts of its imaginary occupants. I then illuminate and photograph these installations creating a special scenographic sense, unique for each one, emphasizing its particular conceptual value. [Installation, "Lab-scapes", 40X120X60cm, clay, wax, medical equipment, plexiglass, ricepaper, 2015] ©Mania Efstathiou 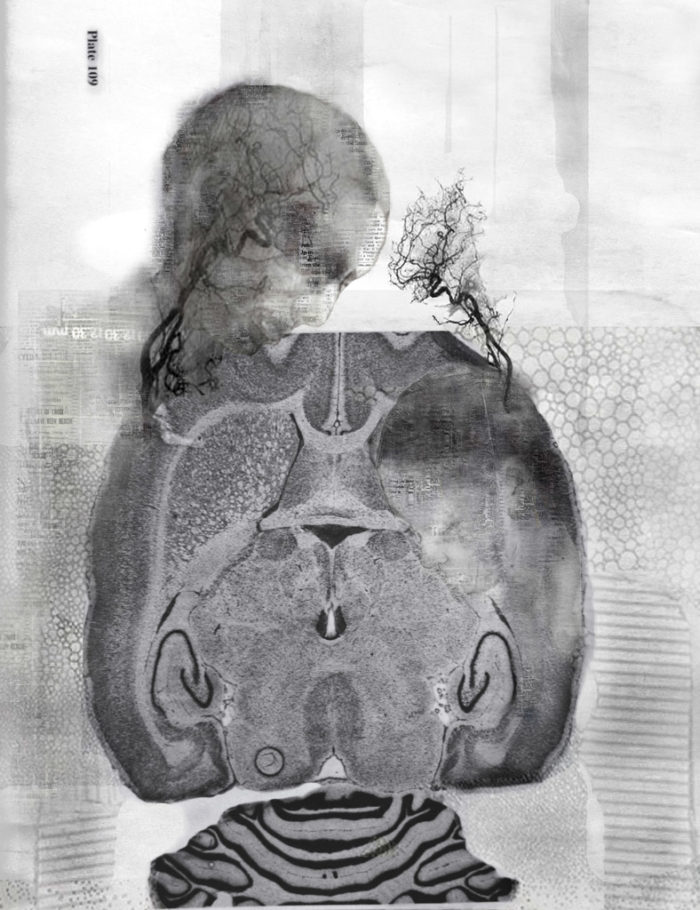 The implicit aesthetic of nature’s entropy and harmony, as it is illustrated in brain sections of the atlas of C. Paxinos and C. Watson, “The Rat Brain in Stereotaxic Coordinates”, was the stimulus for the creation of this set of artworks. The sections were incorporated in my artistic environment and created the Brainscapes cerebral sceneries. This set of works was created at the invitation of the Greek Society for Neuroscience on the occasion of the International Brain Awareness Week, which is organized worldwide by the Dana Alliance for the Brain Initiatives of Dana Foundation. ["Brain-scapes", plate 109, 65X50cm, digital collage printed on plexiglass, 2016] ©Mania Efstathiou 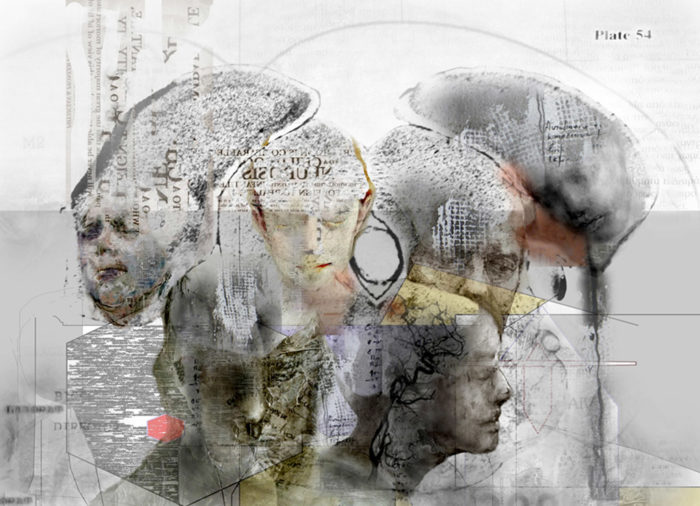 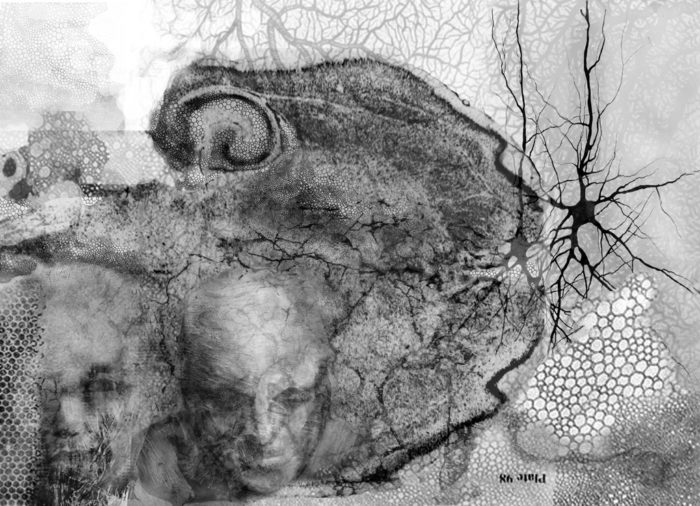 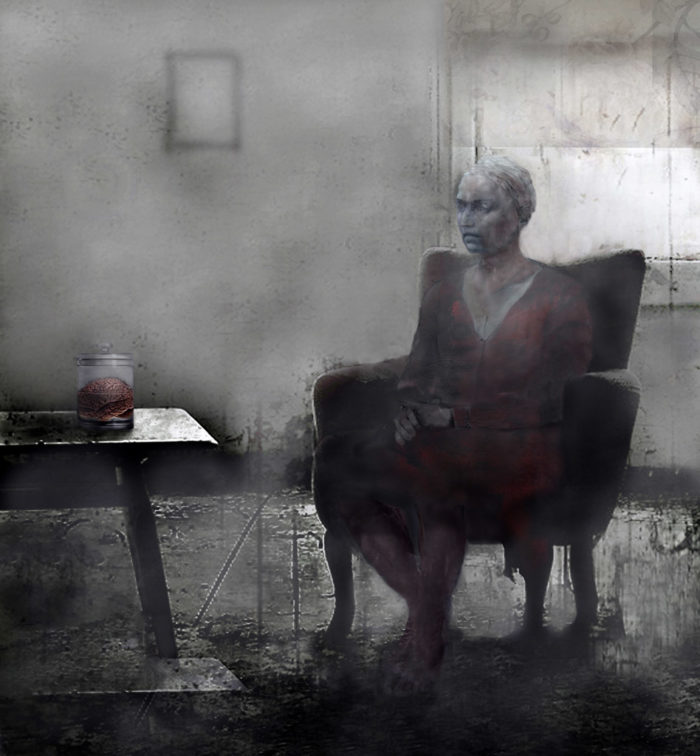 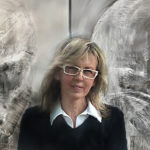 BIO
Efstathiou Mania was born in Athens, Greece. She studied Medicine and specialized in Nuclear Medicine in Thessaloniki and worked in hospitals and medical laboratories in Greece. She graduated from the University of Fine Arts in Thessaloniki, Greece and ever since she is working as a full-time artist in Greece. She has three solo exhibitions, and she has participated in numerous group exhibitions in Greece and abroad including the Beijing Bienalle at 2015.