The worlds of art and science have been bridged by composer and software developer John Dunn, who has been a pioneer in computer music and art since the 70’s when he combined microcomputers and analog sound and video synthesizers as a graduate student at the Art Institute of Chicago. where he earned a Master of Fine Arts degree, mentored by Generative Systems founder, Sonia Sheridan.

Dunn was one of the early programmers for Atari video games, and he developed the first ever professional paint program for a microcomputer, Cromemco’s “Slidemaster,” released in 1981. He went on to write a ground breaking professional paint program for the IBM-PC, called “Lumena,” and founded Time Arts Inc. of Santa Rosa, California, to market “Computer Tools for Artists.”

In 1986 Dunn wrote one of the first algorithmic composing programs for MIDI, “MusicBox,” which was released with full source code to the public domain two years later.

While developing MusicBox, Dunn began a pattern that continues to this day, of writing software to develop algorithmic music ideas, simultaneously creating the music and the software together, while collaborating with other artists on particular projects. So his software evolves out of use, solving real artistic goals and not from a marketing specification.

In 1988 Dunn began work on a new generation of creativity software based upon a synthesis of music, art and science. This led to an exploration of genetic music, and in 1989 he wrote the first of several programs to convert DNA and protein genetic sequences into music. He has continued to evolve methods to reveal deeper, tertiary genetic structures, collaborating with Texas Wesleyan University biology professor, Dr. Mary Anne Clark.

Dunn continues to develop algorithmic and generative “software tools for artists,” evolving the methods and functions he has developed over 20 years with ongoing collaborative input from the artists, musicians and writers that use his software.

Just for fun: An interview about the Atari Video game days from Game Chambers. 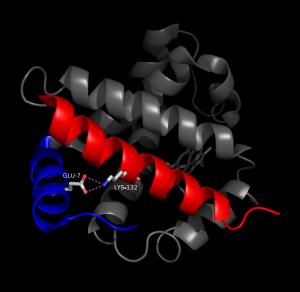 "Life Music: The Sonification of Proteins" by Artist John Dunn and Biologist Mary Anne Clark (1998). The authors describe the process by which this collaboration merges scientific knowledge and artistic expression to produce soundscapes from these basic building blocks of life, that may be encountered as esthetic experiences, as scientific inquiry, or both. The rationale for both artistic use of the science and scientific use of the art is described from the separate viewpoints of artist and scientist. The authors produced from the primary and secondary structure of protein sequences, using BioSon software (built on KAM), and EMu Proteus (Clark) and Morphius (Dunn) synths. In each piece, pitch is determined by amino acid identity and instrumentation is chosen according to protein folding pattern, with different instruments representing regions of alpha-helix, beta-strands and turns. An article detailing this work has been published in Leonardo On Line: http://www.leonardo.info/isast/articles/lifemusic.html. Listen Life Music here: http://algoart.com/music.htm