Danish artist Jacob Kirkegaard’s works are focused on scientific and aesthetic aspects of sonic perception. He explores acoustic spaces and phenomena that usually remain imperceptible to the immediate ear. Kirkegaard’s installations, compositions & photographs are created from within a variety of environments such as subterranean geyser vibrations, empty rooms in Chernobyl, a rotating TV tower, and even sounds from the human inner ear itself.

Jacob Kirkegaard has turned his ears inwards: His work LABYRINTHITIS is an interactive sound piece that consists entirely of sounds generated in the artist’s auditory organs – and will cause audible responses in those of the audience.

LABYRINTHITIS relies on a principle employed both in medical science and musical practice: When two frequencies at a certain ratio are played into the ear, additional vibrations in the inner ear will produce a third frequency. This frequency is generated by the ear itself: a so-called “distortion product otoacoustic emission” (DPOAE), also referred to in musicology as “Tartini tone”.

By arranging the tones from his ears in a composition and playing them to an audience, the artist evokes further distortion effects in the ears of his listeners. At first, each new tone can only be perceived “intersubjectively”: inside the head of each one in the audience. Kirkegaard artificially reproduces this tone and introduces it, “objectively”, into his composition. When combined with another distorting frequency, it will create another tone… until, step by step, a pattern of descending tonal structure emerges whose spiral form mirrors the composition of resonant spectra in the human cochlea.

In October 2008 Labyrinthtis was released by TOUCH as a special limited edition CD with essays by Douglas Kahn and Anthony Moore. You can also read Douglas Kahn & Anthony Moore‘s essays online by clicking on their names. 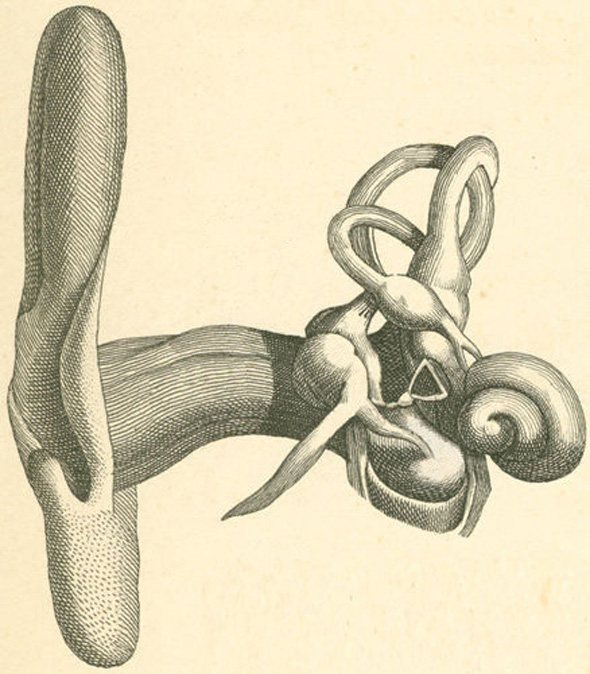 "Paradoxical as it may sound: we can listen to our own ears. The human hearing organ – still often perceived as a passive unidirectional medium – does not only receive sounds from the outside, it also generates its own sound from within itself. As a matter of fact, it can even be “played on”, just like an acoustic instrument." Jacob Kirkegaard 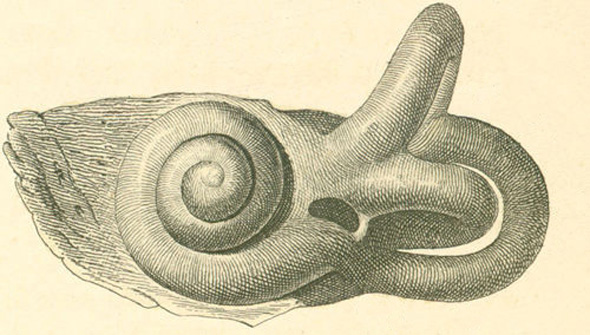 "Deep inside the labyrinth of the inner ear, in a spiral tube called ‘cochlea’, there are thousands of microscopic hair cells that function as sensory receptors. When sound enters the ear, they start vibrating in the watery liquid that surrounds them, like underwater piano strings. Depending on the amplitude and frequency of the sound waves entering ear, the movement of the hair cells will be strong enough to make their basilar membrane vibrate, too. Thus a new sound is produced: a faint tone that, if perceived consciously, might resemble a tinnitus. However, this tone is neither an echo nor just a psychoacoustic phenomenon – it can be measured, and even recorded with a microphone. The scientific term for these sonic products of the inner ear is “otoacoustic emissions” (OAEs). There are different types of OAEs: Some are caused by random oscillations of the hair cells and arise spontaneously, others can be purposefully evoked by a specific acoustic stimulus that is sent into the ear from the outside. When the ear is stimulated simultaneously with two pure tones at a frequency of f1 and f2, and if f1 and f2 are at a ratio of 1:1.2, this stimulation will create a distortion effect in the cochlea: The ear itself will generate a third tone at a frequency f3, a so-called “distortion product otoacoustic emission” or DPOAE. (As DPOAEs will occur only when f1 and f2 are at a ratio of 1:1.2, the resulting f3 can be always be calculated from the frequencies of the two tones that evoked it: f3 = 2 f1 – f2. Consequently, DPOAEs will also always be at a deeper frequency than their stimuli.)" Jacob Kirkegaard 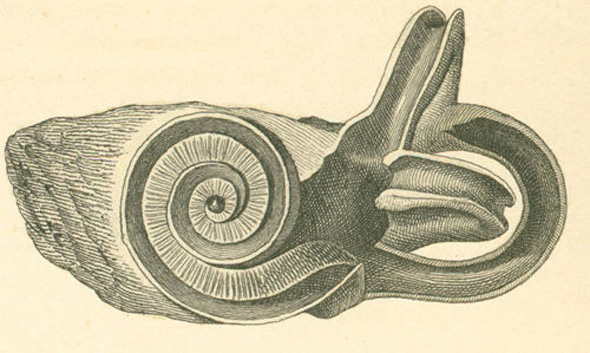 "Under normal circumstances, it is impossible for an individual to listen directly to the distortion products of one’s own ears. But OAEs can be made audible with the help of sensitive microphones that are inserted into the outer auditory canal. (In medical science, this method is a standard procedure to evaluate the hearing capacities of newborn babies.) In June 2007, Jacob Kirkegaard had a range of DPOAEs recorded in an anechoic chamber at the Centre for Applied Hearing Research in Copenhagen, Denmark. Different tones on various frequency levels were sent into his ears through subminiature speakers. As the basilar membrane in the cochlea was stimulated, his ears started to generate tones. These tones, and the very process that generated them, serve as the basis of Labyrinthitis: an interactive composition and spatial-acoustic installation that involves both auditorium and audience. " Jacob Kirkegaard 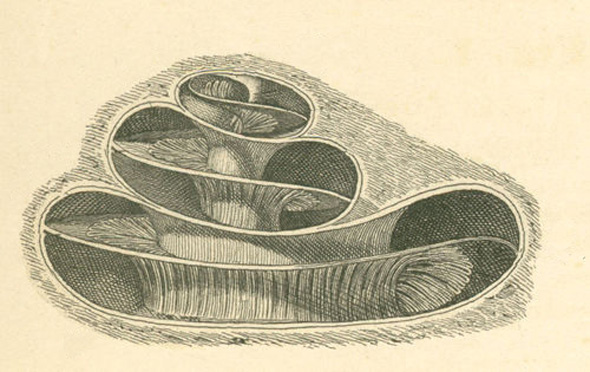 "Medically speaking, severe interferences with the labyrinth of the inner ear can result in a syndrome of ailments called labyrinthitis. Labyrinthitis is a balance disorder; in addition to dizziness and other disturbances of equilibrium, patients may encounter a kind of temporary tinnitus: In response to the interference, ears and skull may start humming, singing, or even screaming." Jacob Kirkegaard 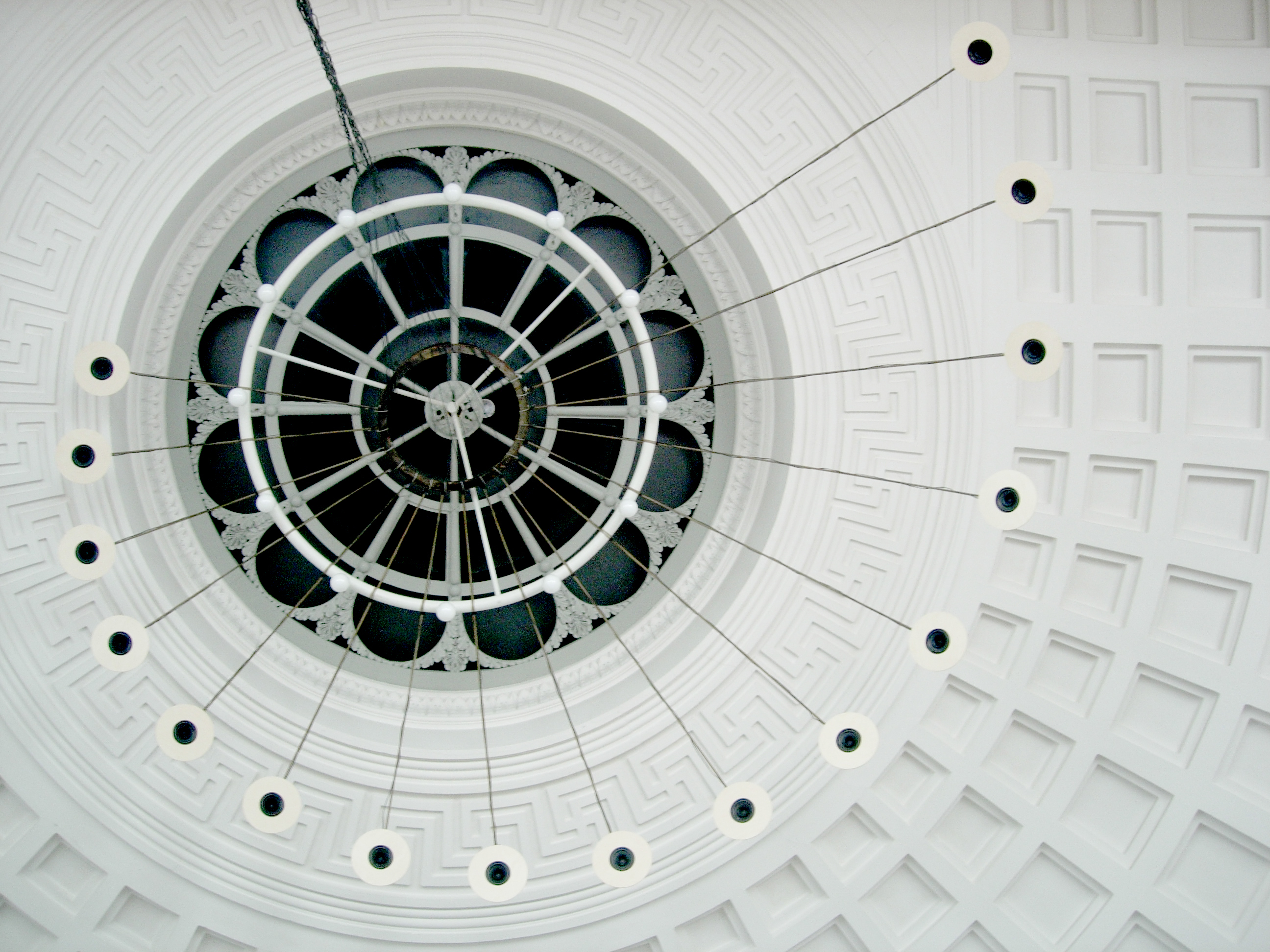 Kirkegaard’s composition is designed in such a way as to avoid any possible physiological damage to the aural system of his listeners. But his deliberate distortions can best be understood in analogy to the sickness – metaphorically speaking but also in rather literal sense: The symptoms might appear to be the same. As the title of the selected track - VERTIGO - suggests: to "suffer" from labyrinthitis is a spiralling, disorientating experience… pathologically speaking as well as aesthetically. The metaphor of the spiralling labyrinth applies, in a more specific sense, to the location of the premiere performance of the piece. At the Medical Museion in Copenhagen, Kirkegaard chose to “play” the composition on a self-made instrument that he calls the Spiral Organ. It is a spatial installation consisting of 16 speakers placed in a downward spiral across the cupola ceiling of the museum’s old scientific auditorium. The Spiral Organ is more than just an obvious reference to the twisted tube form of the cochlea: It offers an artistic reconstruction of the processes in the inner ear. As a simplified macro model of a complex miniature structure, it invites the audience to experience the ear as an active organ – an instrument – both in a physical and in a musical sense." LABYRINTHITIS cover, Jacob Kirkegaard 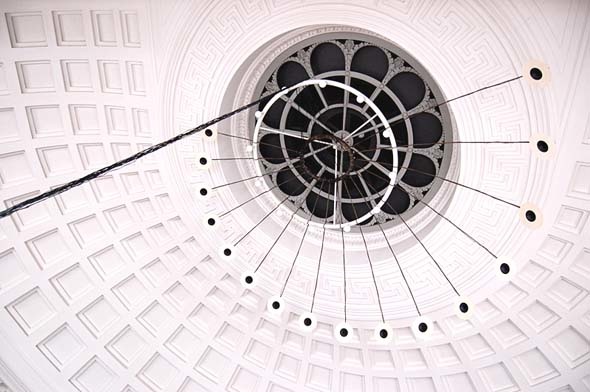 "LABYRINTHITIS was created as a non-exclusive commissioned work for The Medical Museion in Copenhagen and was first presented at the international conference "Art and Biomedicine: Beyond the Body" on September 2nd, 2007. Curator Stine Hebert initiated the collaboration between Jacob Kirkegaard and The Medical Museion. The Spiral Organ was designed by Bjørn Staal Dinesen after an idea of Jacob Kirkegaard." 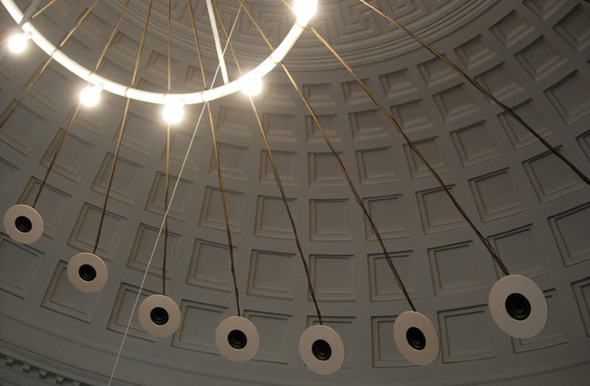 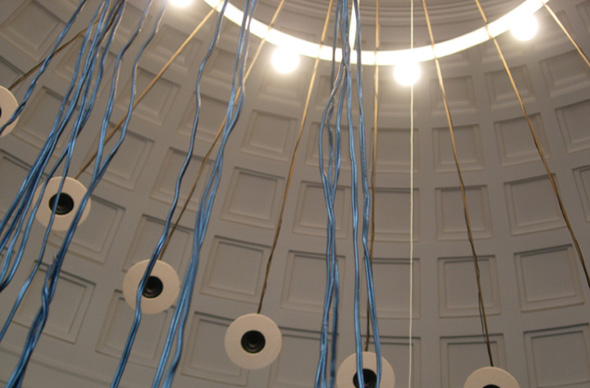 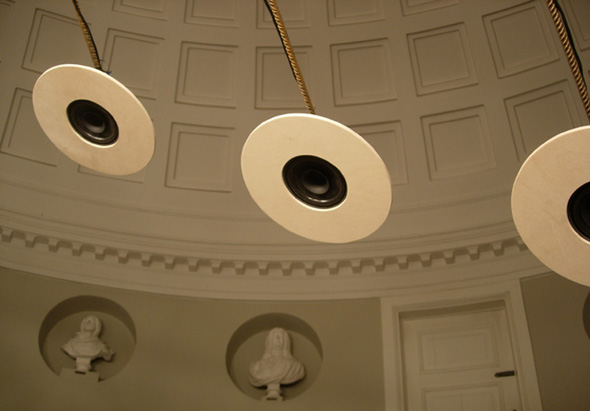 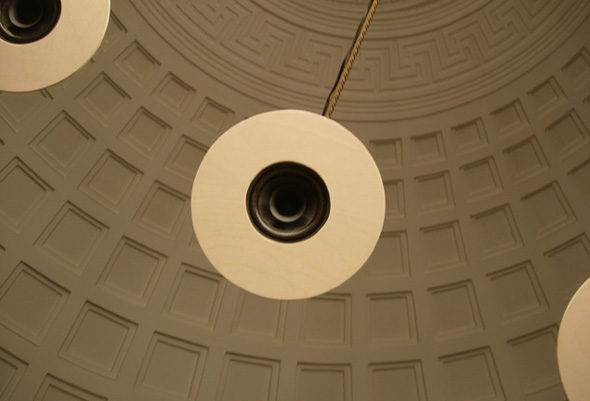 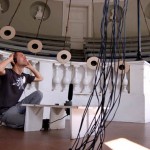 BIO
Based in Berlin, Germany, Kirkegaard is a graduate of the Academy for Media Arts in Cologne. Since 1995, Kirkegaard has presented his works at galleries, museums, venues & conferences throughout the world. His sound works are primarily released by the British record label Touch and he is a member of the sound art collective freq_out. [Jacob Kirkegaard CV: http://fonik.dk/jk-cv-eng.pdf]