China Blue is interested in how our world is built from our sensations and perceptions and how this emerging umwelt provides not only a basis for exploring the inner world of the mind, but also how technological extensions of our senses, provide a way to transcend their limits. Her work enhances the audience’s perceptual world through her investigations and explorations into bioacoustics, ultra and infrasonic sampling devices, brain wave monitoring, and robotic sensory avatars.

“China Blue’s work… has returned to the subject matter of nature in an effort to find either new meaning or create new metaphors…” Jill Conner, New York Editor, Whitehot Magazine and contributor to Art in America and Sculpture

2015 Nominated the Artist-in-Residence for a 2 year appointment at the Norman Prince Neurosciences Institute, at Rhode Island Hospital.

Founder and Executive Director of The Engine Institute. 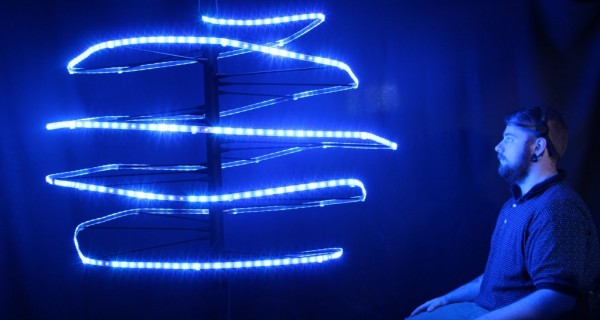 "Imagining Blue” is an interactive brainwave sculpture that uses the participant’s minds to dynamically control the light, the motion and the sounds of the sculpture. This mesmerizing art work that gives the audience previously unexplored and intimate views of the workings of their own minds. It enables users to observe their own current brain in action. The EEG data sensor converts the waves into external changes of color and the patterning of the LED sculpture as well as to create music based on the sounds of neurons firing and breathing. ©China Blue 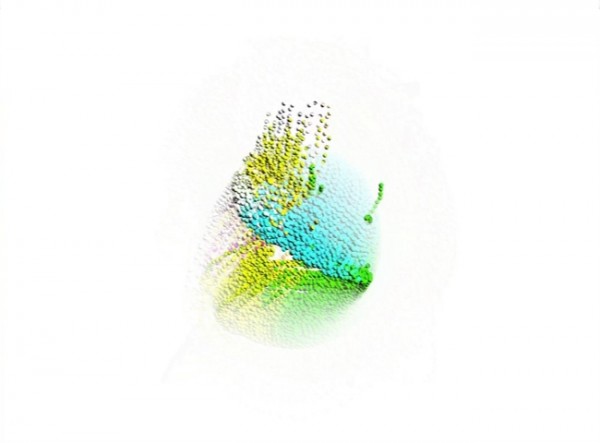 MindDraw enables people to create beautiful real-time brain based images. By accessing their mental states of relaxation, meditation, focus or just by thinking, the participants drive the shape and speed of installation imagery. In addition to the performance installation this work is also designed as a stand alone, wall mounted, user interactive work with a self-contained program. ©China Blue 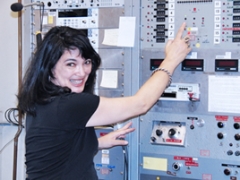 BIO
China Blue’s biography includes her receiving two NASA/RI Space Grants and a Rhode Island Rhode State Council for the Arts Fellowship. An internationally exhibiting artist China Blue was the first person to record the Eiffel Tower in Paris, France and NASA’s Vertical Gun, a gun that shoots projectiles at Mach-10. In 2013 she was the US Representative at Tokyo Wondersite’s Experimental Art Fair. Her exhibition “Firefly Projects” was nominated for the 2012 “Best Monographic Museum Exhibition, Nationally” by the International Association of Art Critics. She represented the US at OPEN XI, Venice, Italy an exhibition held in conjunction with the Architecture Biennale and at the Tokyo Experimental Art Festival. Reviews of her work have been published in the Wall Street Journal, New York Times, Art in America, Art Forum, artCritical and NY Arts to name a few. She has been interviewed by France 3 (TV), for the film “Com-mu-nity” produced by the Architecture Institute of America and was the featured artist for the 2006 annual meeting of the Acoustic Society of America. She has been an invited speaker at Harvard, Yale, MIT, Berkelee School of Music, Reed College and Brown University and an adjunct professor and Fellow at Brown University in the United States. She is the Founder and Executive Director of The Engine Institute.