As a Biology teacher and Artist I have always been intrigued by the intricacies in nature.  For the past few years I have focused on combining scientific imagery with portraiture, to create pieces that have a layered and sometimes abstract appearance. So far I have used images of the inner ear, lungs, cross sections of the heart, skin and eye, and recently a Nautilus, within my pieces. I try to keep the drawings as anatomically accurate as I can, but then play with different patterns and colours to keep them modern.

The layering of portraiture with another image is not always immediately obvious to the viewer. Can you see the hidden images in my pieces? 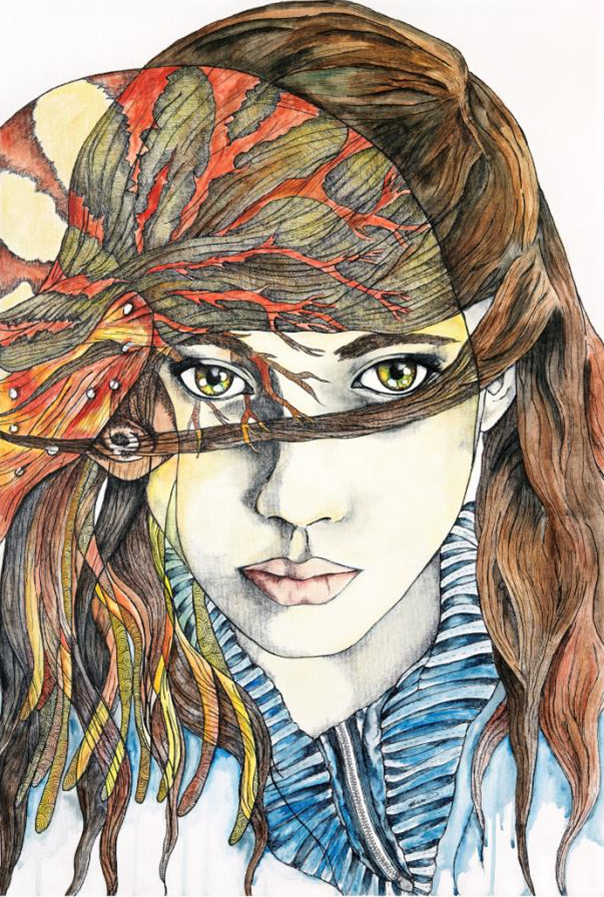 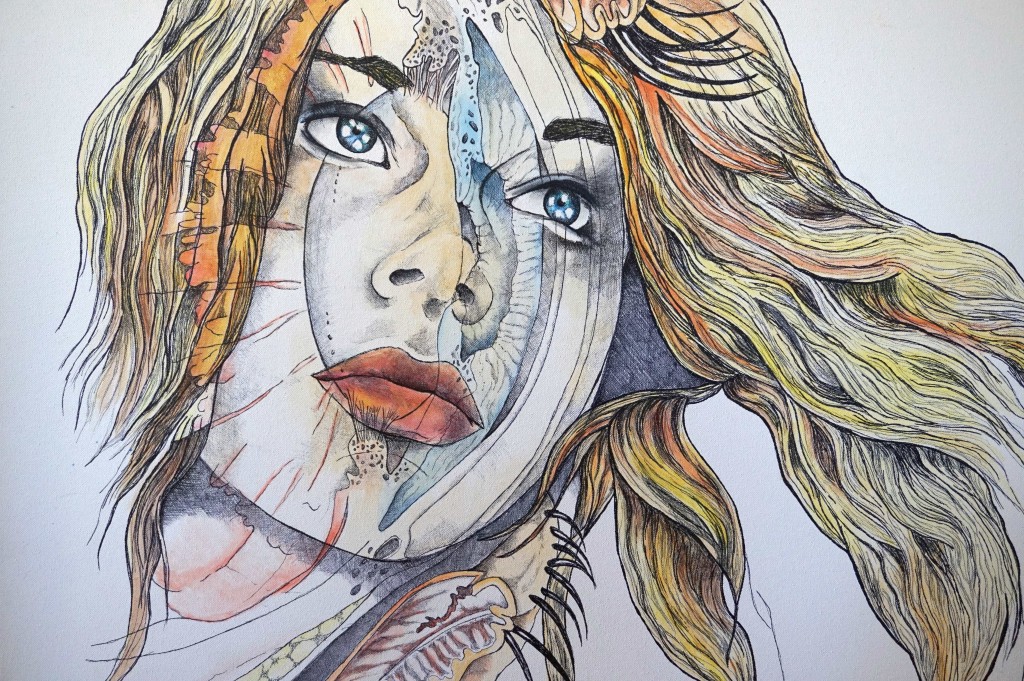 "Beneath the Epidermis" ©Teagan Watts 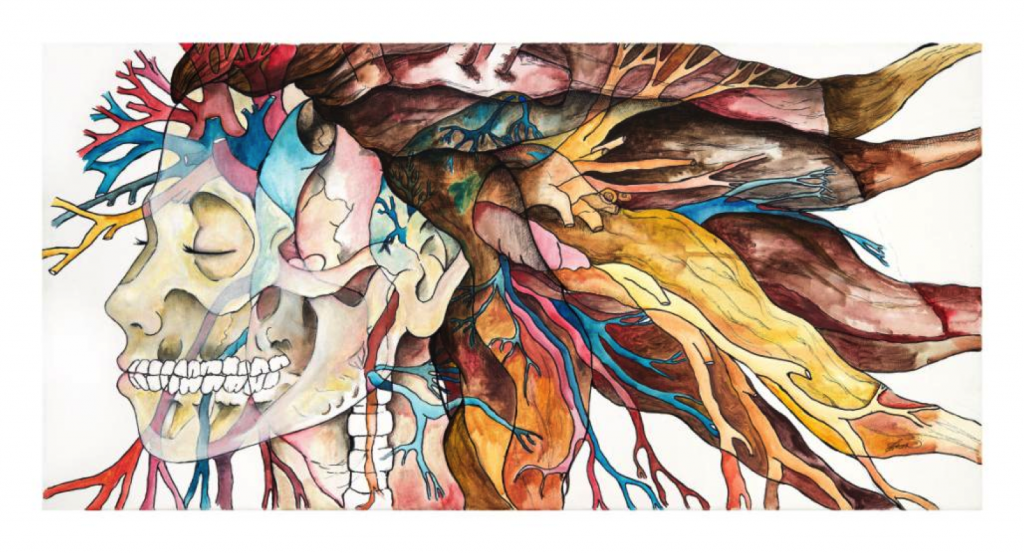 "Through the oval window" ©Teagan Watts 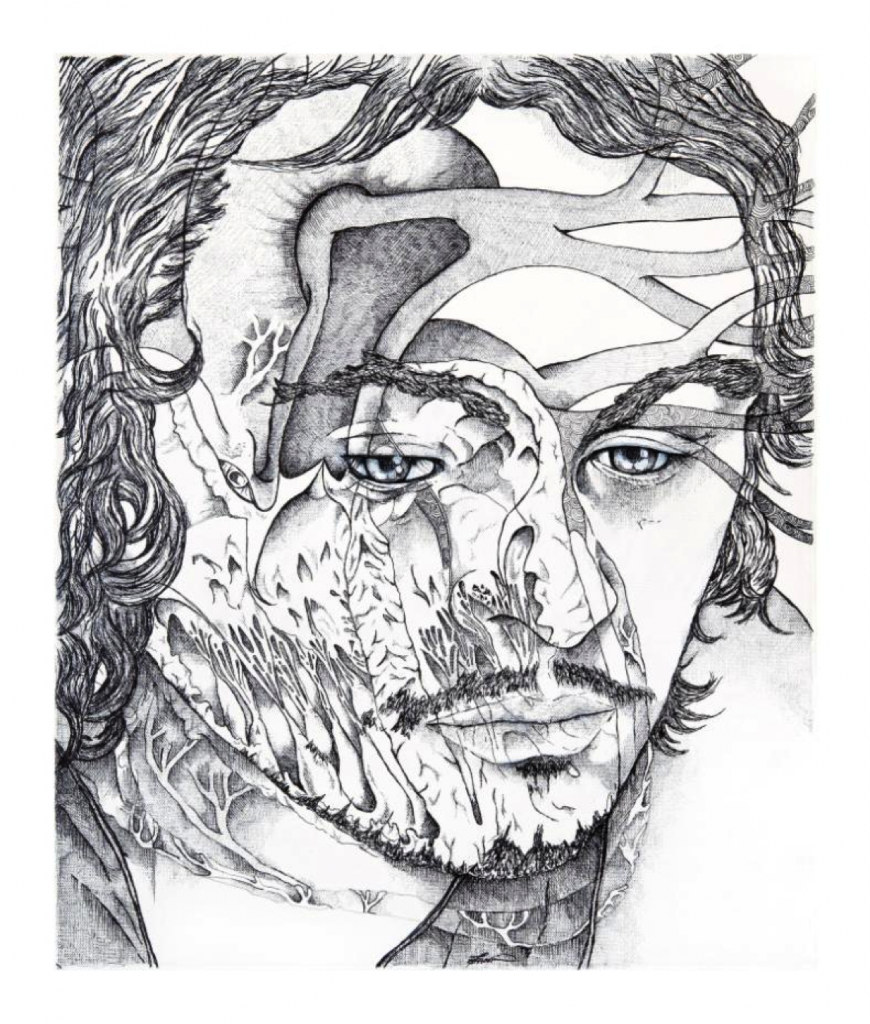 "Within my Pericardium" ©Teagan Watts 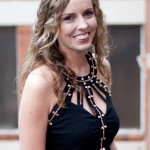 BIO
Teagan holds a Bachelor of Science (Zoology) and Bachelor of Education (Secondary), completed 2004 at University of Queensland, St Lucia. She also gained an Advanced Diploma of Visual Arts through Southbank Institute of Technology in 2008. She has exhibited most recently for RAW artists Australia, and was chosen as executive directors favorite to also showcase at the RAWards in January 2014. Teagan has also been featured in Moustache magazine (online), West End magazine and various blogs.