My personal experience of physical disability and my professional practice in clinical psychology with people with special needs are probably the reason that I base an important part of my photographic creativity on people who have the experience of being different. I am thankful to each and every one of them for the opportunity and trust, which enable me to enter their private world and with the help of their life stories gain inspiration for creating images that try to unveil many mysteries, stereotypes and prejudices in the area which is still marginalized in our society.

The series of auto portraits represents a debt that at one point I felt towards these people and also the proof that I am extremely serious when dealing with this theme. I believe that I would have a hard time being a credible narrator and interpreter if I only exposed others, while hiding as a coward on the safe side of the camera lens when I am in the same position.

This is why this series is my most intimate and uncompromising of all the series I have made. I have to admit that it took quite a lot of courage to reveal intimate secrets and overcome the feelings of shame. But I can also say that I felt great liberation and catharsis after the process. This approach offered a different opportunity for self-declaration and in the psychoanalytical sense helped me to become aware of repressed traumatic issues and to demolish taboos of personal handicap.

The surrealistic approach is often used in the series. On one hand, it helps the images to express personal vulnerability and disability more clearly, and on the other hand it promotes creativity and courage in overcoming the pain and difficulties.

Learn more about the Institute of Photographic Therapy (Phototherapy) 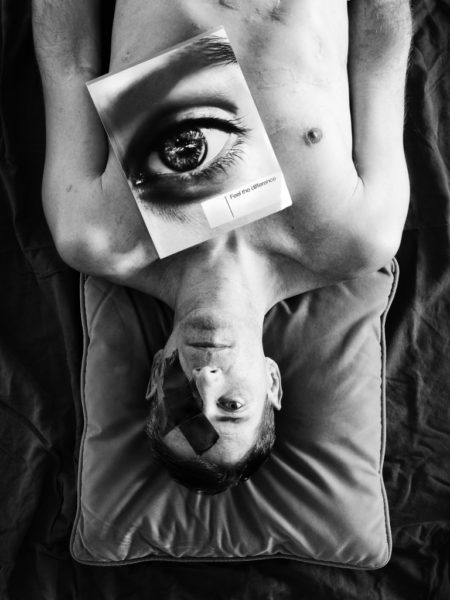 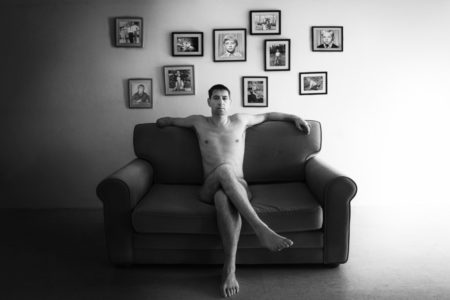 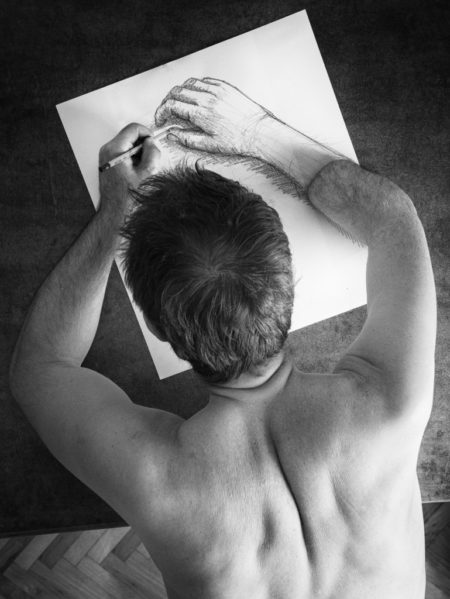 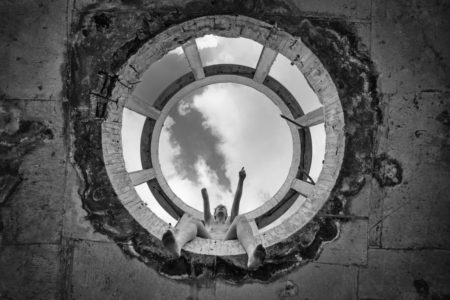 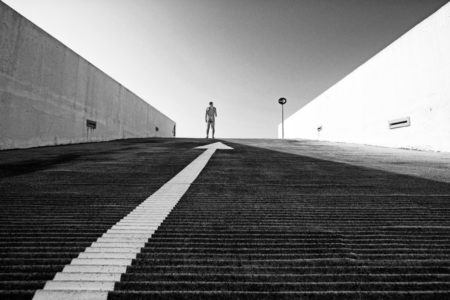 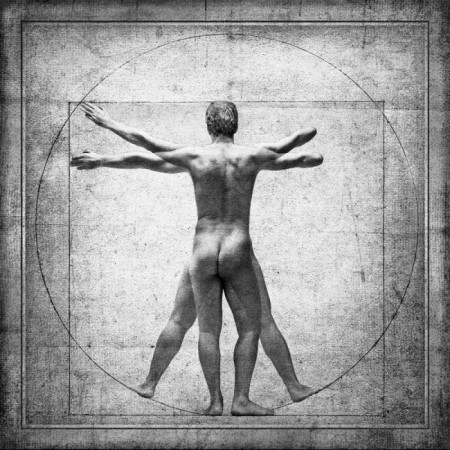 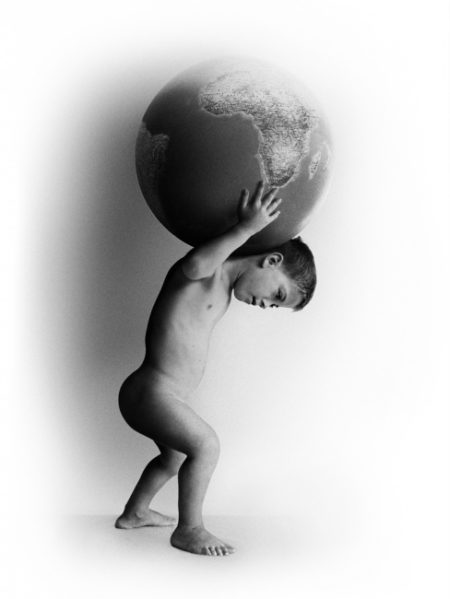 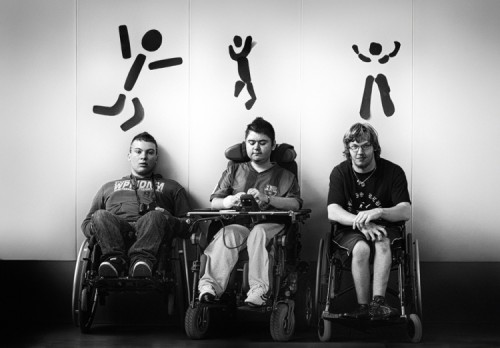 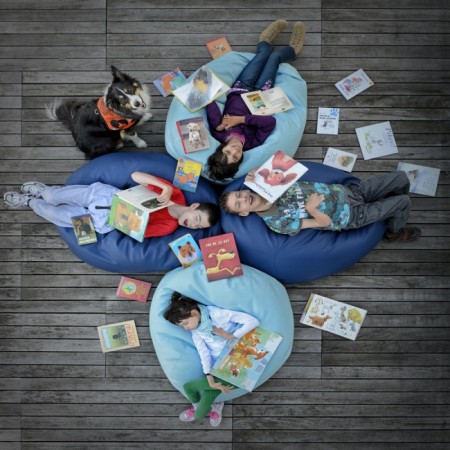 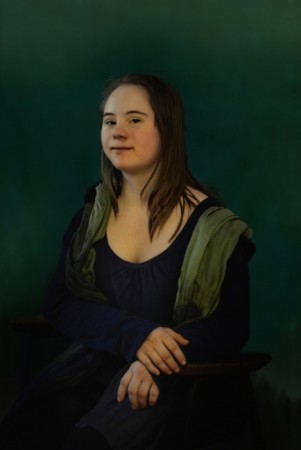 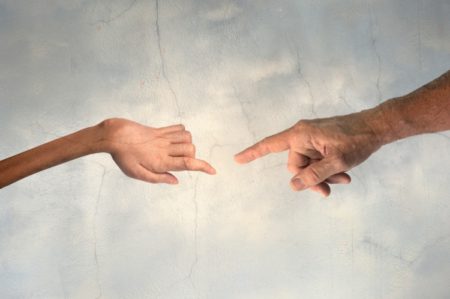 "The Creation of Man" ©Matej Peljhan 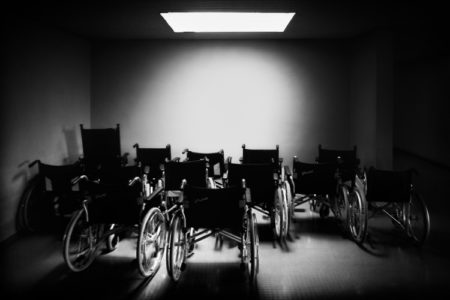 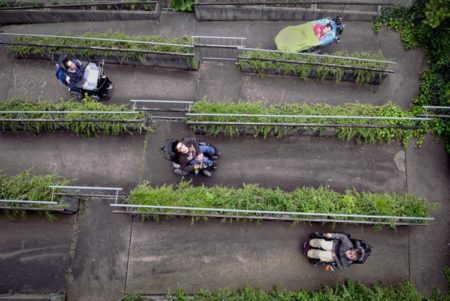 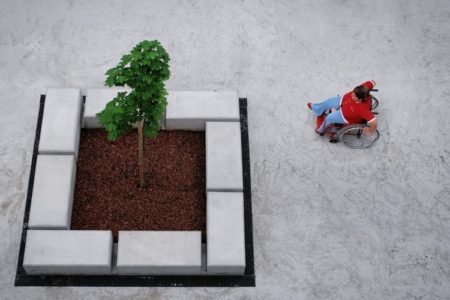 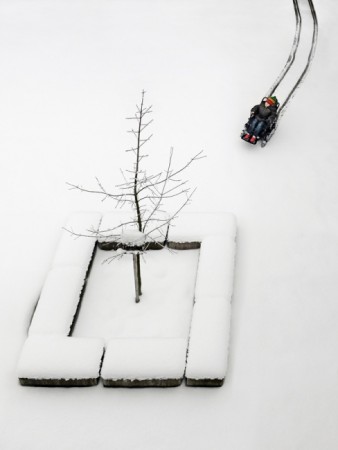 "My Way is My Decision" ©Matej Peljhan 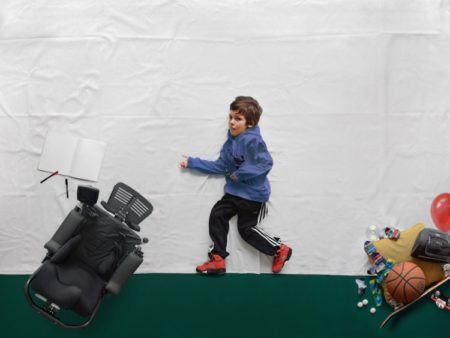 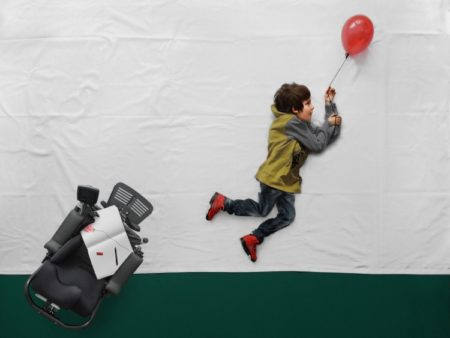 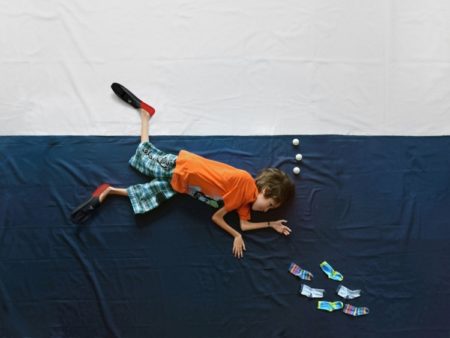 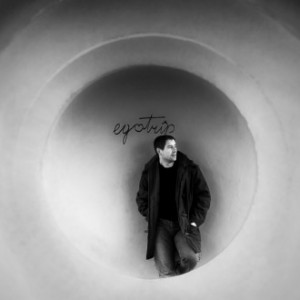 BIO
Matej Peljhan was born in 1967 and spent his entire childhood in a small village Col above the Vipava Valley, Slovenia. At the age of 10, while playing with his friends, he experiences a severe accident with some explosive devices, scattered around during the World War II. He suffers numerous injuries, the most severes being the loss of his right arm and an eye. He finishes elementary school in his home town and some years later the secondary school »Jurij Vega« in Idrija, during all this period undergoing painful medical treatment and rehabilitation. He decides to study psychology at the University of Ljubljana and finishes his studies in 1992. Very soon he finds his first employment but decides to proceed with his studies in the field of clinical psychology, which helps him a lot in his daily work with the children with special needs. He lives in Ljubljana with his wife and their three children. For Matej there are no limits in his dealing with life or, better to say: only the sky is his limit! He is interested in different activities, including sports and arts. One of his hobbies, among others, is triathlon. He has competed twice in “Ironman”, which is considered to be the toughest physical one-day test in the world, in which the competitors have to swim 3,8 km, complete a 180 km bike course and run the classic Marathon in the length of 42,2 km. This amateur photographer starts taking photography more seriously in 2009, when he acquires his first SLR camera. He soon discovers photography to be an excellent and creative way of expressing himself. The positive response from people, studying his works of art, is overwhelming. From different photographic genres, partly due to his profession, partly due to his way of seeing the world, his main interest lies in the conceptual photography. His favorite motives are people and architecture captured in the urban environment. He tries to capture simple, everyday moments or original motives, full of contrasts, offering a palette of elementary, easy readable symbols that are telling stories and encourage people to start thinking in another way. Until now he has exhibited his works in six single exhibitions at home. He has sent his photographic works to over 100 salons worldwide and has received more than 70 awards, 15 gold medals among them. Two of his works are included in the photographic collection of the Museum and galleries of the city of Ljubljana. He is the co-author of the book “Za-govor podob” (2011), which is estimated to be one of the most important works in the field of the philosophy of the photography in the Slovene language. Due to his personal and professional ambitions he strives to bring photography as close as possible to the people with special needs. Together with his close friend he has founded “The Institute of photographic therapy” where he offers workshops, educates others in the field of the photographic therapy and publishes professional articles. Since 2010 he has been a member of the Photographic Society of SVIT from Celje.