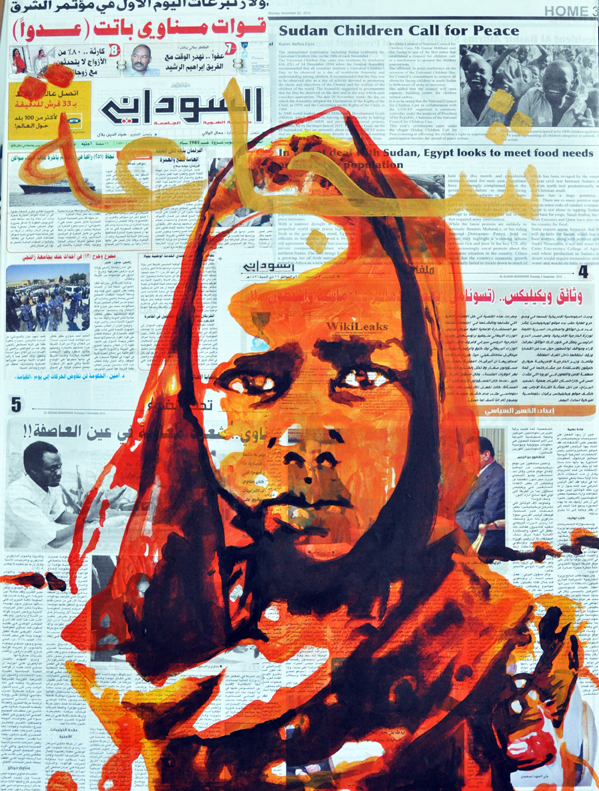 This painting was part of a diptych made in April 2011 in Khartoum Sudan. It was part of the “Under the minaret’s shadow” exhibition held in the Sudanese Plastic Artists Union and measures 80x60cm. The image used for this work comes from a series of pictures I made in Tabarakalah a little village close to the Sudanese border with Ethiopian not far from Gadaref, where MSF Switzerland had a Kala Azar program (a neglected and deadly disease similar to malaria). The basic idea for this work is to represent on the one hand an idyllic and beautiful image typical of a daily experience living in Khartoum, and on the other hand the reality that surrounds marginal groups people and particularly children and their lives in remote areas. X-Ray was painted on top of newspaper clippings from Sudanese newspapers. The title reflects the raw reality of this girl’s life in a hospital, of a remote village with little access to medical care. The Arabic writing on x-Ray I signifies “brave”, for me this girl is having to face the most adverse life situations and she does it with great humility and bravery all be it unconsciously. "X-ray" © Martina Anagnostou 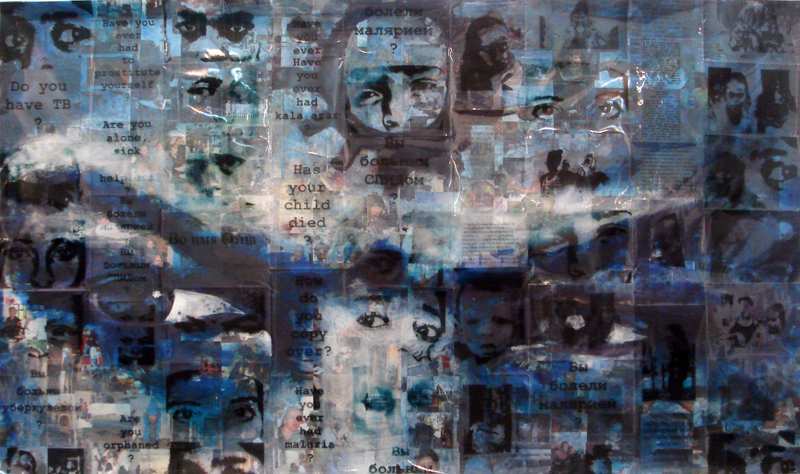 This large piece (110x200cm) was inspired by my time in Addis Abeba, Ethiopia, where I worked for Doctors Without Borders. During this time I experienced, and photographed, the hardships of people, particularly women, in the organizations’ project locations. Although initially the work like an abstract collage in blue, like a 3d poster it slowly reveals the eyes that are starting back at the viewer. When taking a closer look and particularly in the different captions on the surface, one is faced with very ‘in-your-face’ questions like “do you have TB” or “has your child died?” in English and Russian, questions that indicate the reality and plight of the characters whose eyes are represented on the piece. Although I was directing this critical piece particularly to the Moscovite public who in general considered themselves superior to “Africans”, it is a work of self-criticism as I too was/am participating in this deception by using the subject matter for personal gain, albeit in an effort to make a social commentary on the subjects behalf. This piece was part of the “escape hatch 7” group exhibition in Moscow in 2009. "Symbol" © Martina Anagnostou 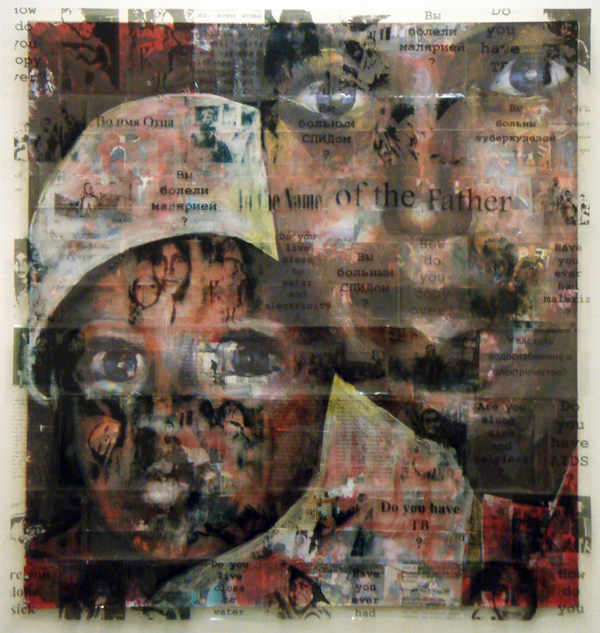 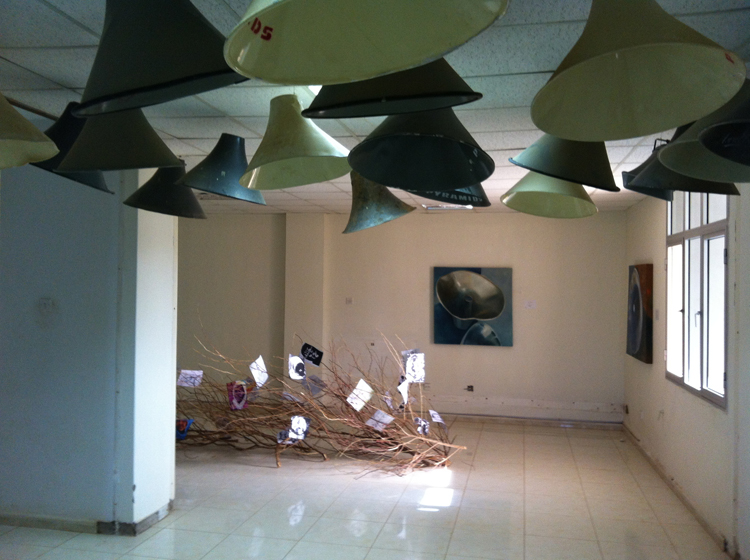 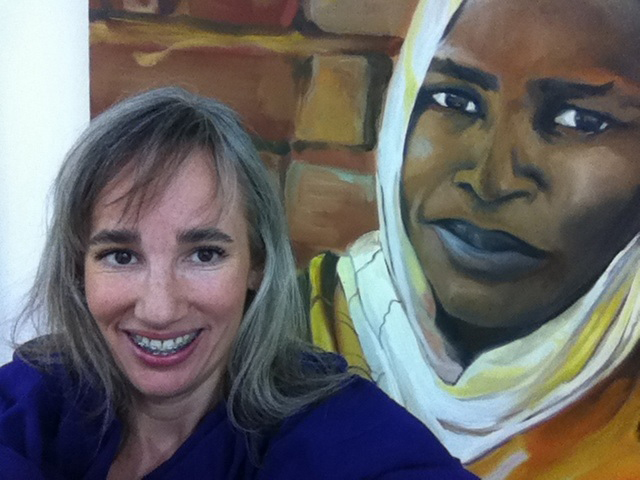 BIO
Martina Anagnostou is a Greek / Swedish artist born in 1971, who studied BA fine art and art history in Goldsmiths’ university in London, UK, did an additional year of Greek art history in Athens and finally graduated from Reading University’s MA Fine Art degree program in 1999. Martina has exhibited her work in among other countries Greece, England, Spain, Holland, Pakistan, and Ethiopia. She has also had the privilege of being selected to participating in the Moscow 2008 Biennale as well as exhibiting her work in a solo exhibition in the Moscow Museum of Modern Art in 2010. For some time now, through her work, she has attempted to bring the remote, the marginal the forgotten the sickly, that world on the outskirts of suburban privilege, into the gallery space in an attempt to immortalize the life of the vulnerable and insignificant. The most important thing for Martina as an artist is to convey an important social message, and to question stereotypes and perceptions through her work. Each piece should engage its viewer within a social debate, or at its most basic level trigger memories, emotions and nostalgia, feelings common to us all. Martina has currently moved back to Greece with her Dutch husband and 2 boys after 15 years of living abroad. As in Moscow and Khartoum, in Athens too Martina has set up a studio where she works on her personal projects as well as gives art lessons to adults and children.