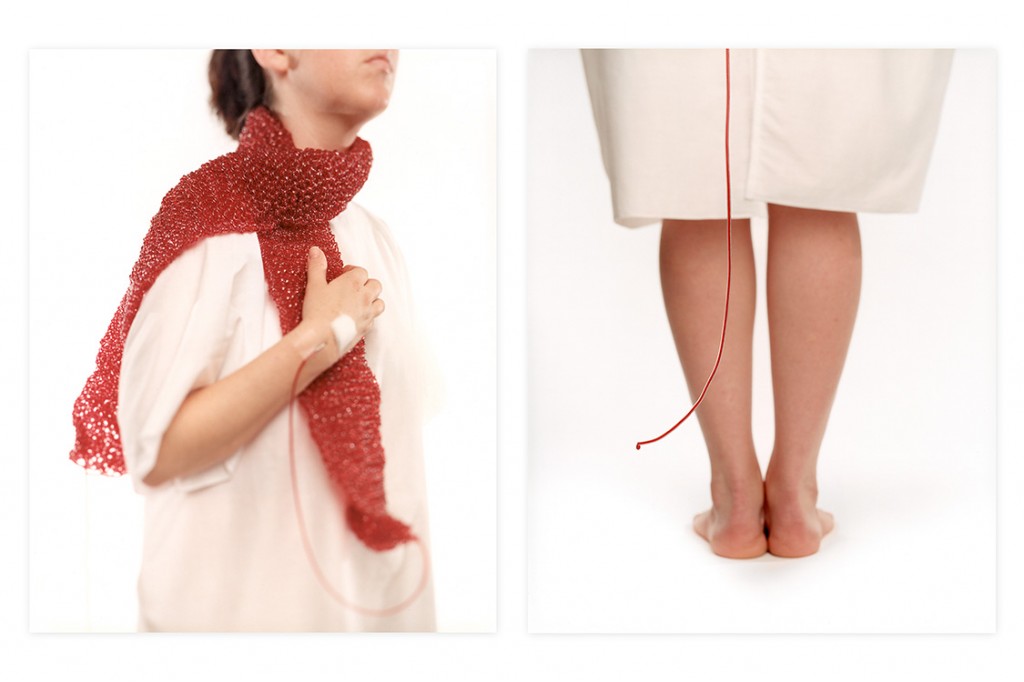 "Blood Scarf". Blood Scarf depicts a scarf knit out of clear vinyl tubing. An intravenous device emerging out of the user's hand fills the scarf with blood. The implied narrative is a paradoxical one in which the device keeps the user warm with their blood while at the same time draining their blood drop by drop. Chromogenic prints mounted on aluminum, 24H x 20W inches each (2002). ©Laura Splan 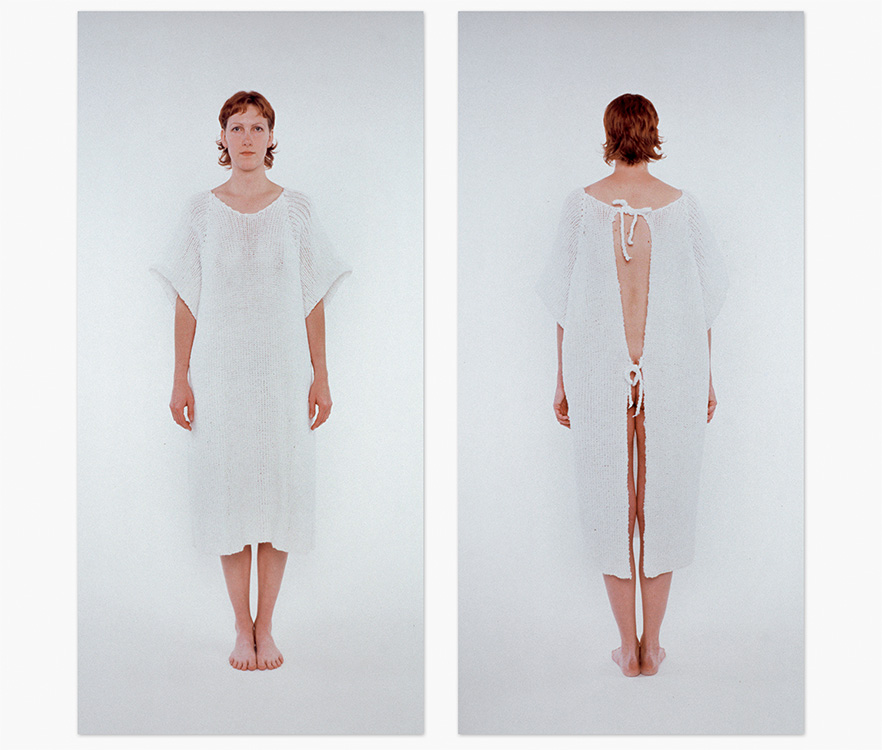 "Exam Gown" (chromogenic prints mounted on aluminum | 60H x 30W inches each). Exam Gown is a revision of a hospital gown design that is hand-knit out of machine washable yarn. The personal and labor intensive quality of the knitting process evokes ideas of a more personal and less disposable institutional object. textile sculpture & photographs (2002). ©Laura Splan 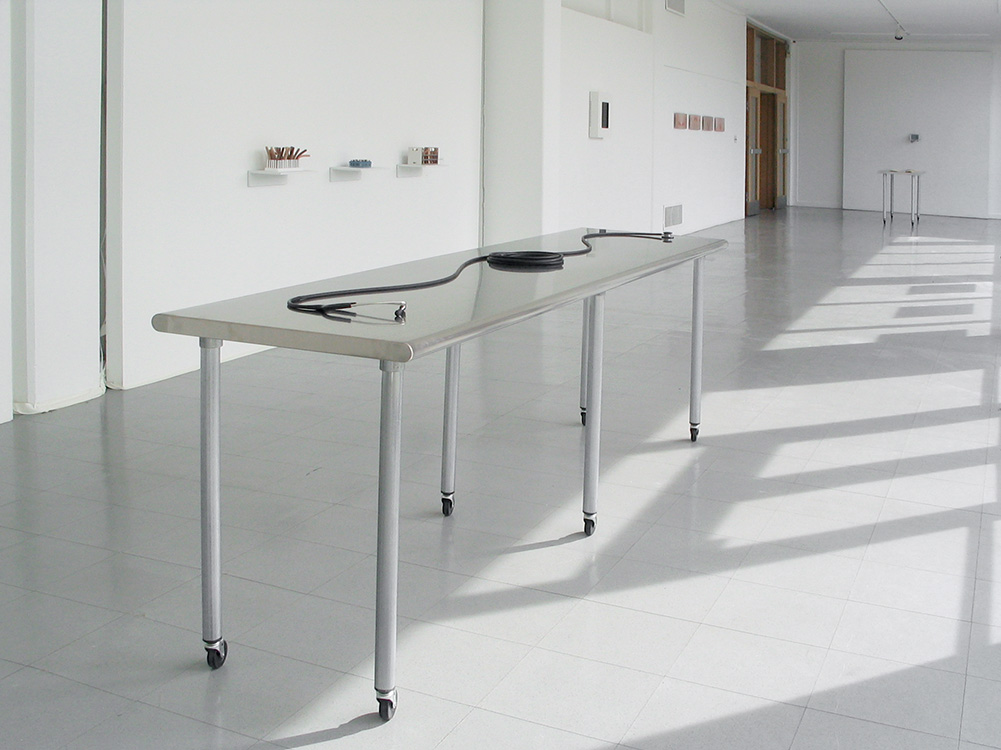 "Stethoscope". Stethoscope is a twenty-five foot long functional stethoscope. Viewers are invited to listen to each other's hearts from either end of the table. Before the invention of the stethoscope, physicians would lay their heads directly on a patient's chest to listen to the heart. In 1816, Rene Theophile Hyacinthe Laennec was inspired to invent the stethoscope by his desire by some accounts to preserve a well-endowed woman's modesty, by other accounts to preserve his own modesty. This sculpture explores the stethoscope as a visual metaphor for a social paradigm. Stethoscope, rubber tubing, stainless steel table. 36H x 96W x 24D inches (2002). ©Laura Splan 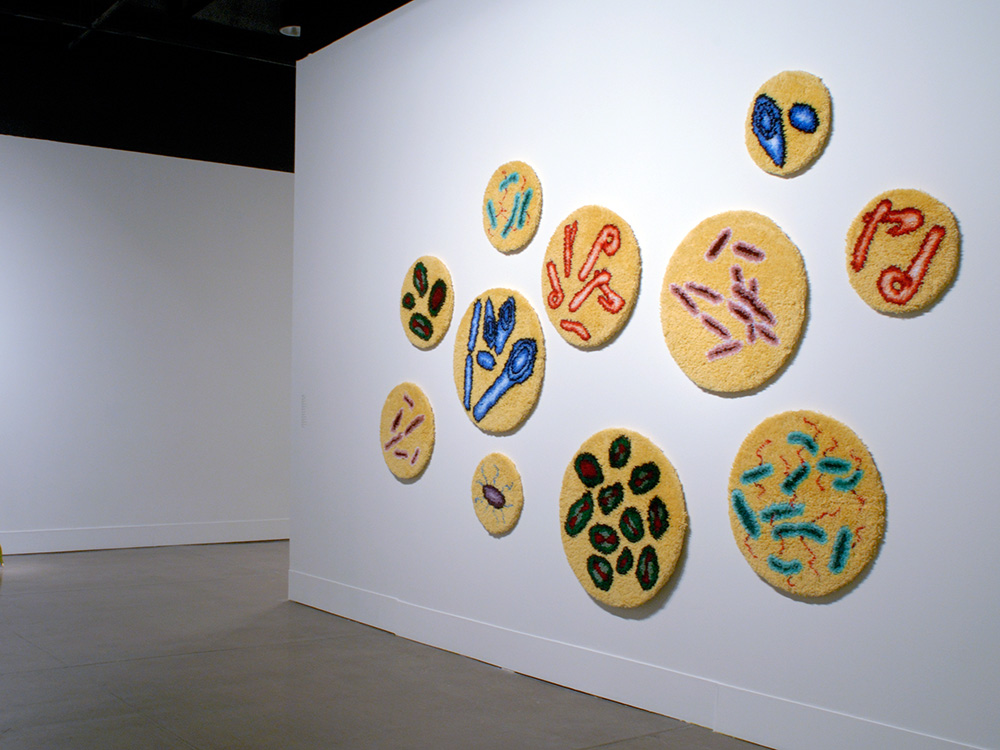 "Vigilant". Vigilant displays colorful and simplified latch-hook renderings of a microorganisms. Latch-hooking is a simple but time-consuming craft that has traditionally been used to depict idealized and romanticized images from domesticity and nature. The juxtaposition of the images and the process creates a tension between the sweetness of the craft and the anxiety evoked by organisms of bio-terrorism and household biohazards. Hand latch-hooked yarn on stretched latch-hook canvas. 120H x 204W inches (installation dimensions variable) (2002). ©Laura Splan 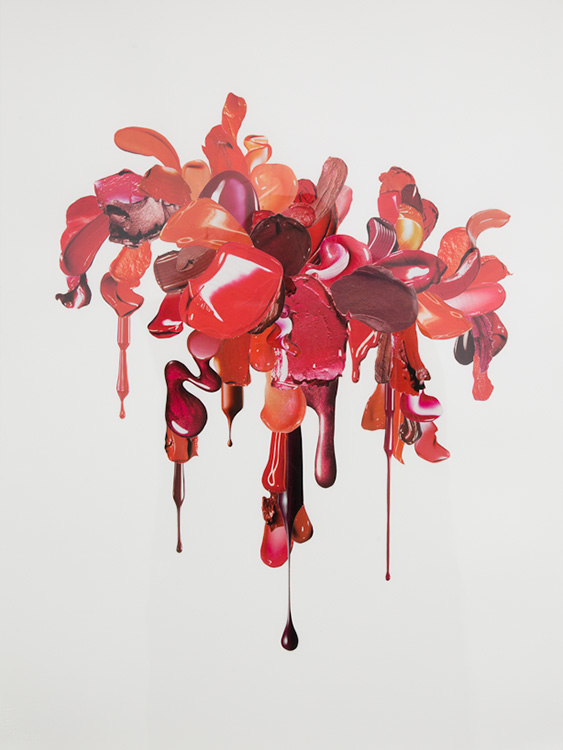 "Meta Static I". "Meta Static" interrogates cultural constructions of beauty, health, vitality and salvation in the media landscape through sculptures and works on paper. Visual tropes of advertising and marketing are meticulously dismantled and reassembled. The uncanny constructions are at once seductive and repulsive, familiar and alien. The collages in the series include source material culled from fashion, beauty, and lifestyle magazines and are composed of as many as 100 individually cut pieces. Magazine collage on archival paper. 30H x 22W inches each (2013). ©Laura Splan 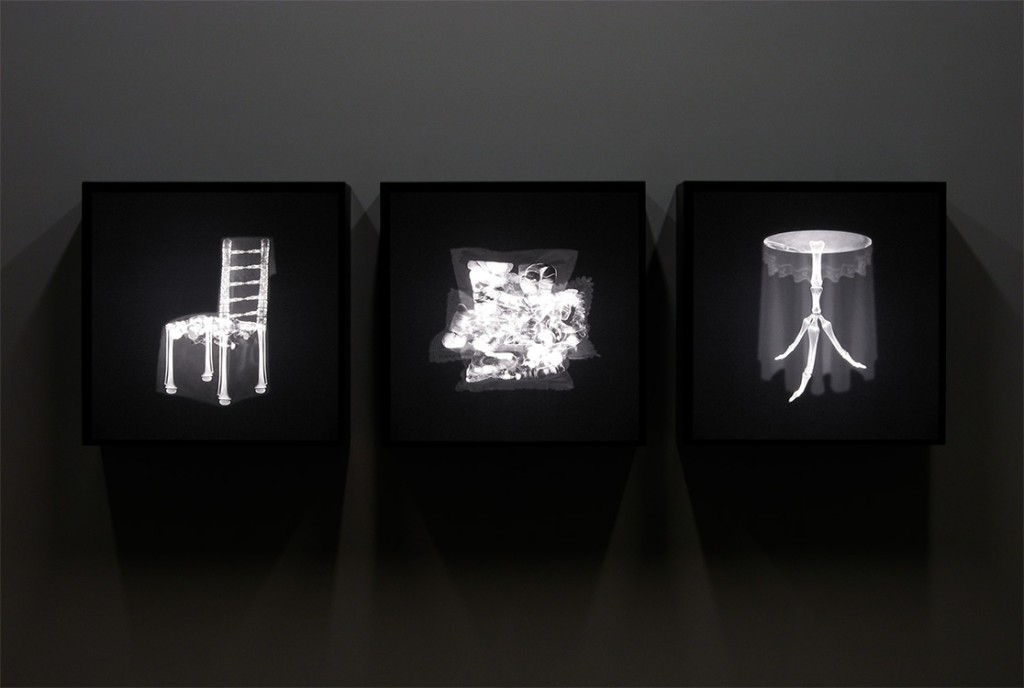 "X-ray Visions & Morphine Dreams". Each photograph is a digital collage created with found images of X-rays. Bones and intestines form the structure of various domestic objects. The title of the piece was inspired by the story of Bertha Roentgen (wife of William Conrad Roentgen, the discoverer of X-rays). Bertha was thought to be a hypochondriac and in the last years of her life her husband gave her multiple daily injections of morphine to deal with her reportedly psychosomatic illnesses. Lightboxes with Duratrans Light Jet print mounted on acrylic 24H x 24W inches each (2005). ©Laura Splan 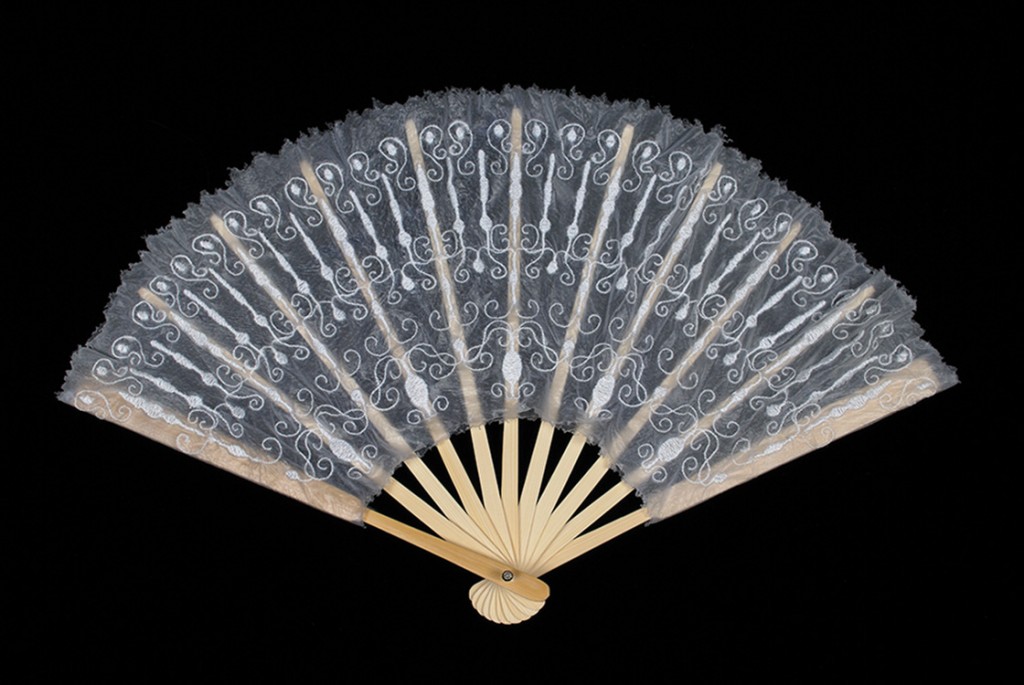 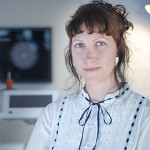 BIO
Laura Splan is a Brooklyn, NY based visual artist. Her conceptually driven work employs a variety of media including sculpture, video, photography, digital media and works on paper. Her objects and images interrogate the visual and textual manifestations of our cultural ambivalence towards the human body. She often uses found objects and appropriated sources to explore socially constructed perceptions of beauty and horror, order and disorder. Much of her work is inspired by experimentation with materials and processes including blood, cosmetic facial peel and computerized embroidery. Her work has been exhibited in a broad range of curatorial contexts including craft, feminism, technology, design, medicine and ritual. Splan's work as been exhibited widely at such venues as the Museum of Art & Design (New York, NY), the International Museum of Surgical Science (Chicago, IL), the New York Hall of Science (New York, NY), and the Museum of Contemporary Craft (Portland, OR). In 2011, she had a solo exhibition at the Nicolaysen Art Museum (Casper, WY). Commissioned projects for her work have included a series of graphite and soap residue paintings for the Center for Disease Control and a series of computerized machine lace doilies for the Gen Art New Media Art Exhibition. In 2007, she received a Jerome Foundation Travel Grant to research the history of medical instrumentation and anatomical representation at venues including the Wellcome Museum (London, UK) and La Specola (Florence, IT). She received an Artist's Grant for her 2012 residency at the Vermont Studio Center. She has been a visiting lecturer on topics of Digital Art, as well as intersections of Art & Biology at Stanford University (Palo Alto, CA), Mills College (Oakland, CA) and Observatory (Brooklyn, NY).