Merging art, science and technology, Jessica Lloyd-Jones’ energy inspired sculpture and installations manipulate materials and light to reveal new perspectives on the world in which we live. Her broad based artistic practice ranges from glass sculpture to digital art and installation often developed from investigation into natural phenomena such as bioluminescence, geochemistry and the cosmos.

Jessica’s illuminated glass sculptures of human organs are inspired by biological electricity – the presence of natural electrical activity in the human body. The works were developed during an Arts Council of Wales and Wales Arts International funded project at Urban Glass, New York. By experimenting with specialist methods of neon application, inert gases captured within the blown glass forms display different colours under the influence of an electric current. Since completing the artworks in 2010, her Anatomical Neon sculptures have since been exhibited at SOFA, New York and The European Triennial of Ceramics and Glass in Belgium.

The interaction of glass and light in much of my work is a fundamental element in communicating ideas about life-energies, which underpin my practice. Concepts for new work evolve from inspiration that transpires freely from investigation into scientific subject matter and intuitive experimentation with materials and technologies

The human anatomy is a complex, biological system in which energy plays a vital role.

Brain Wave conveys neurological processing activity as a kinetic and sensory, physical phenomena through its display of moving electric plasma. Optic Nerve shows a similar effect, more akin to the blood vessels of the eye and with a front ‘lens’ magnifying the movement and the intensity of light. Pulse is a representation of the human heart illuminated by red neon gas. Electric Lungs is a more technically intricate structure with xenon gas spreading through its passage ways, communicating our human unawareness of the trace gases we inhale in our atmosphere.

The project was funded by the Arts Council of Wales, Wales Arts International and UrbanGlass 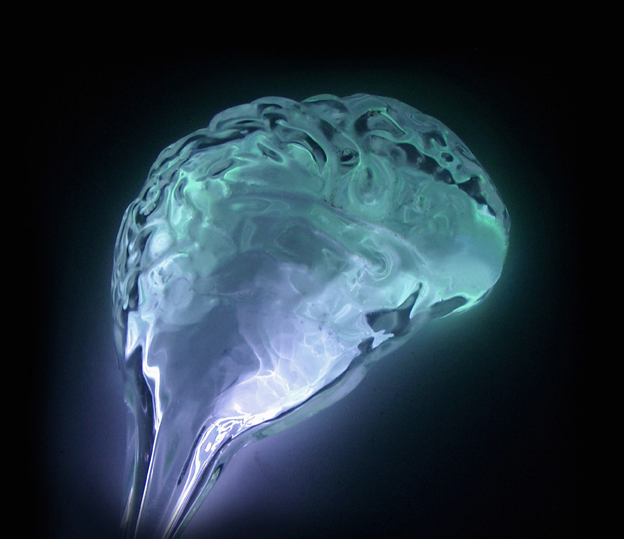 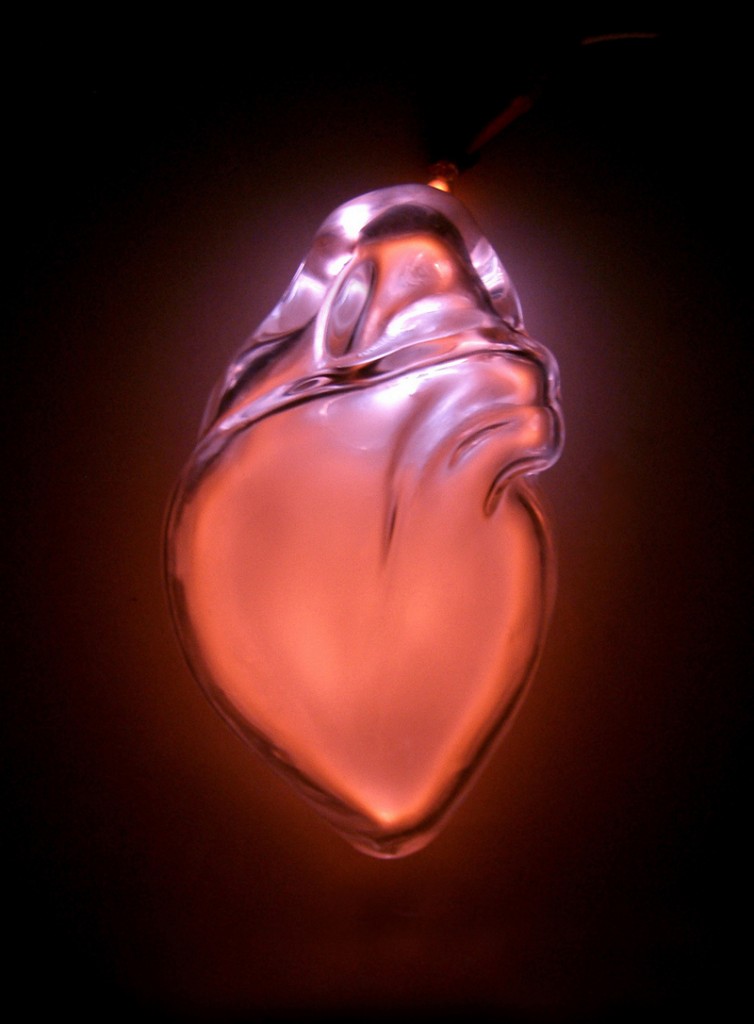 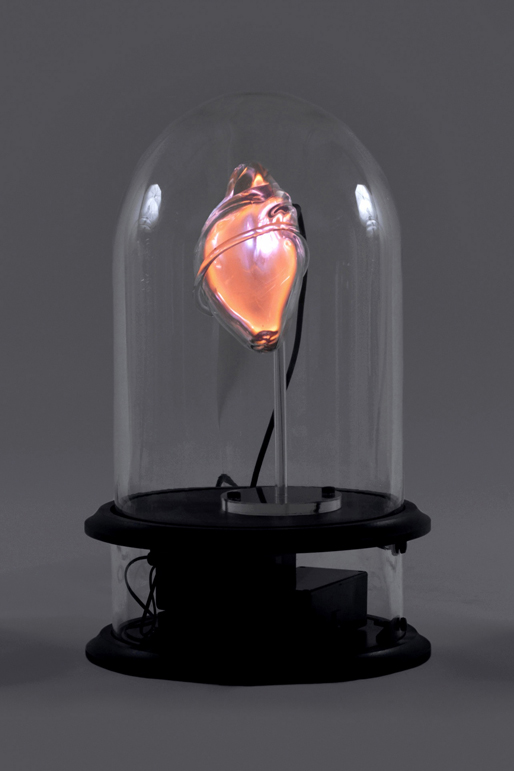 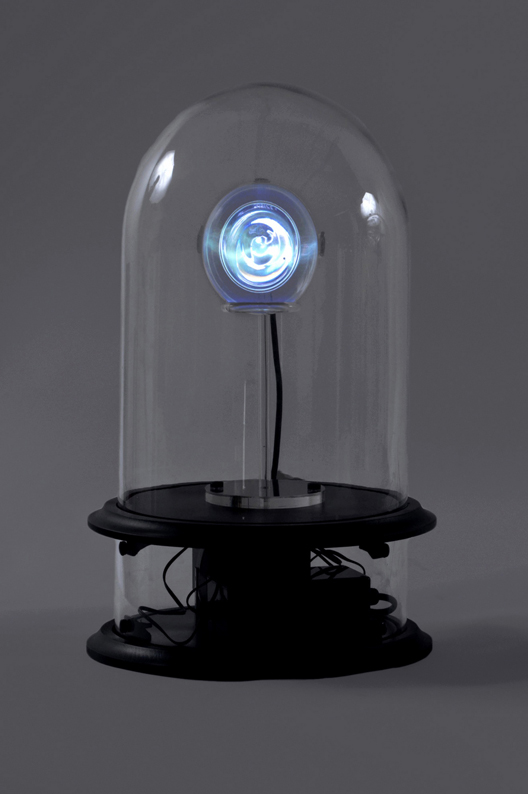 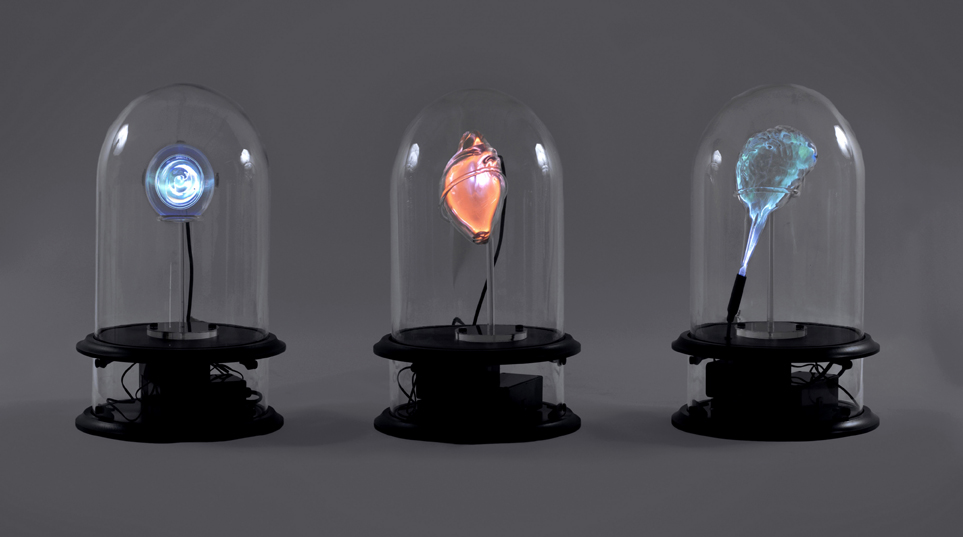 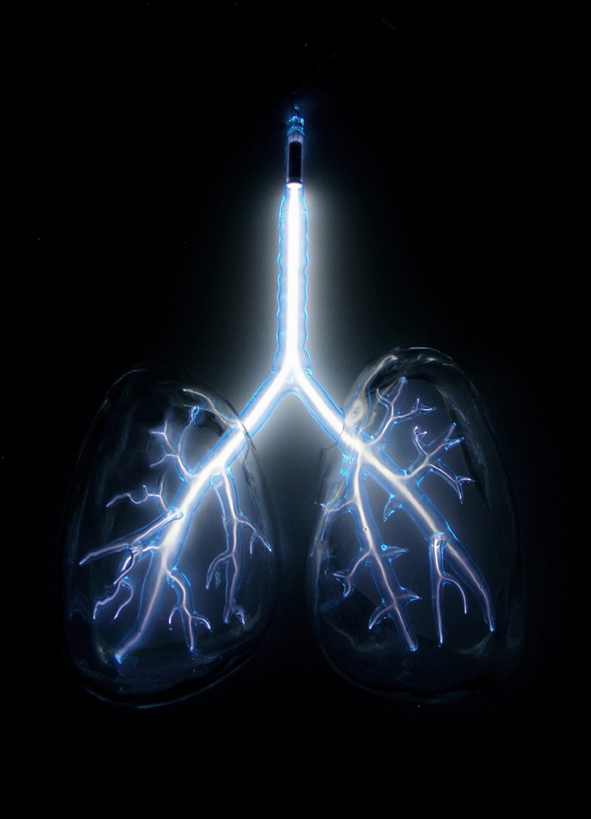 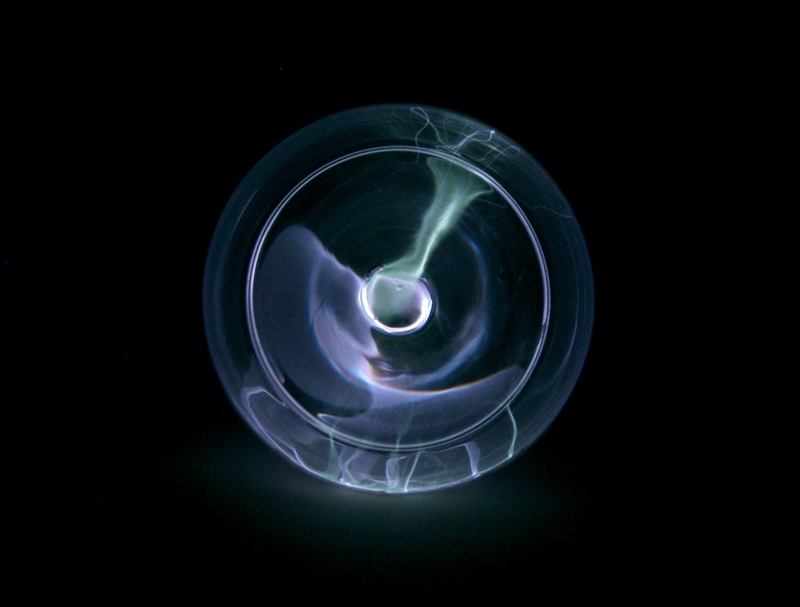 BIO
Jessica is based as an artist in North Wales, UK and holds an MFA in Sculpture from Edinburgh College of Art, Scotland. Awards have included a Royal British Society of Sculptors Bursary Award, London 2009, Glass Art society Emerging Artist Lecture Award, Kentucky 2010 and an Arts Council of Wales Creative Wales Award 2012. Her ‘Brainwave’ artwork will be shown at the Musee de la main, Lausanne, Switzerland from 23rd May 3013 – 5th January 2014.