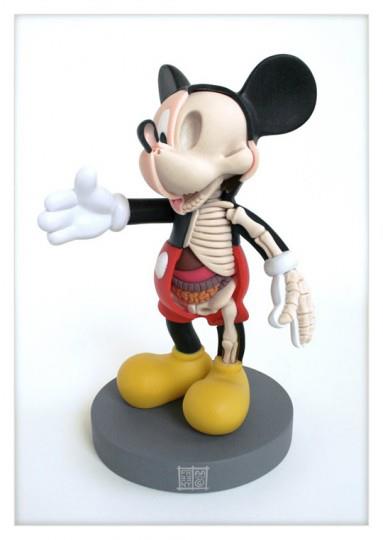 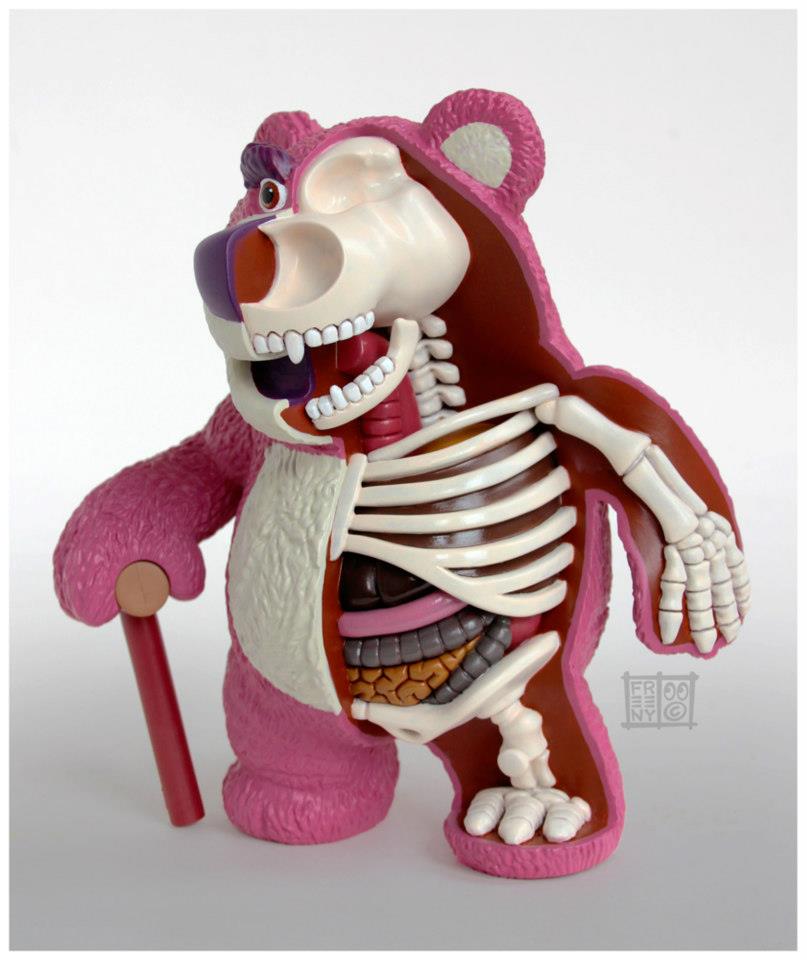 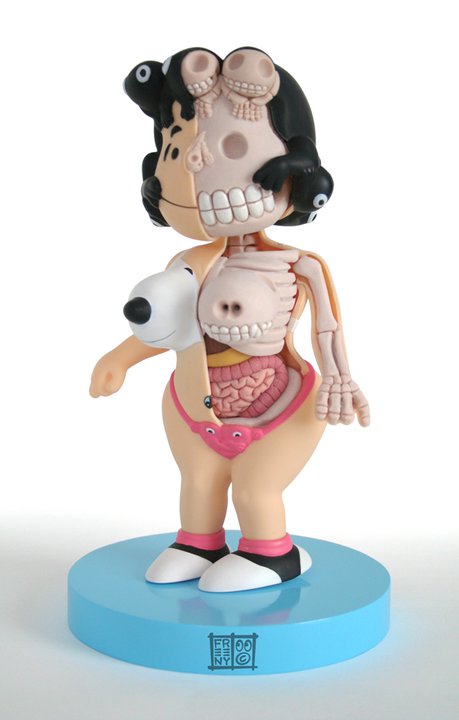 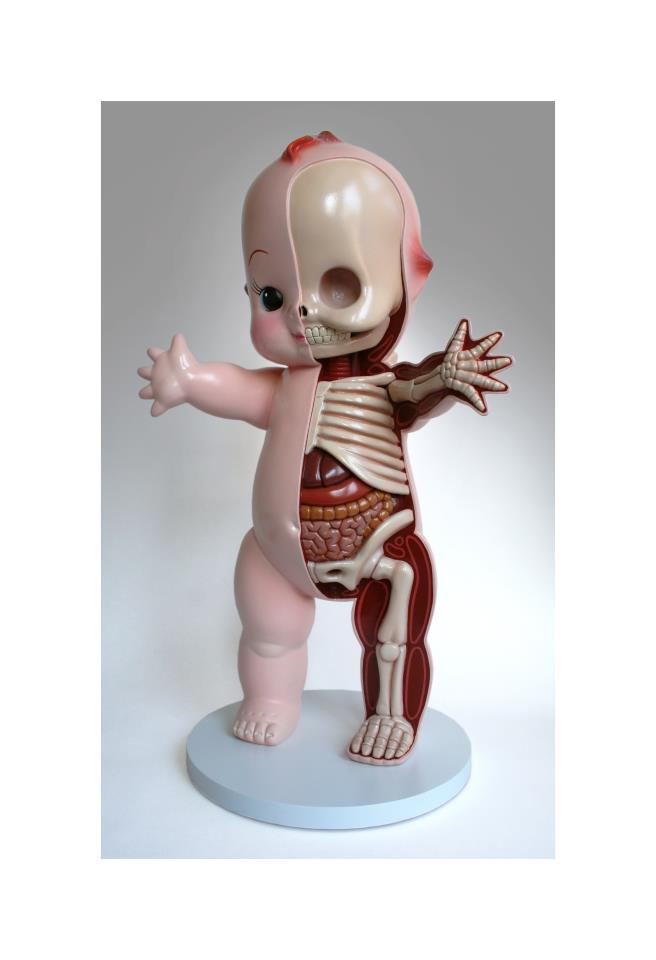 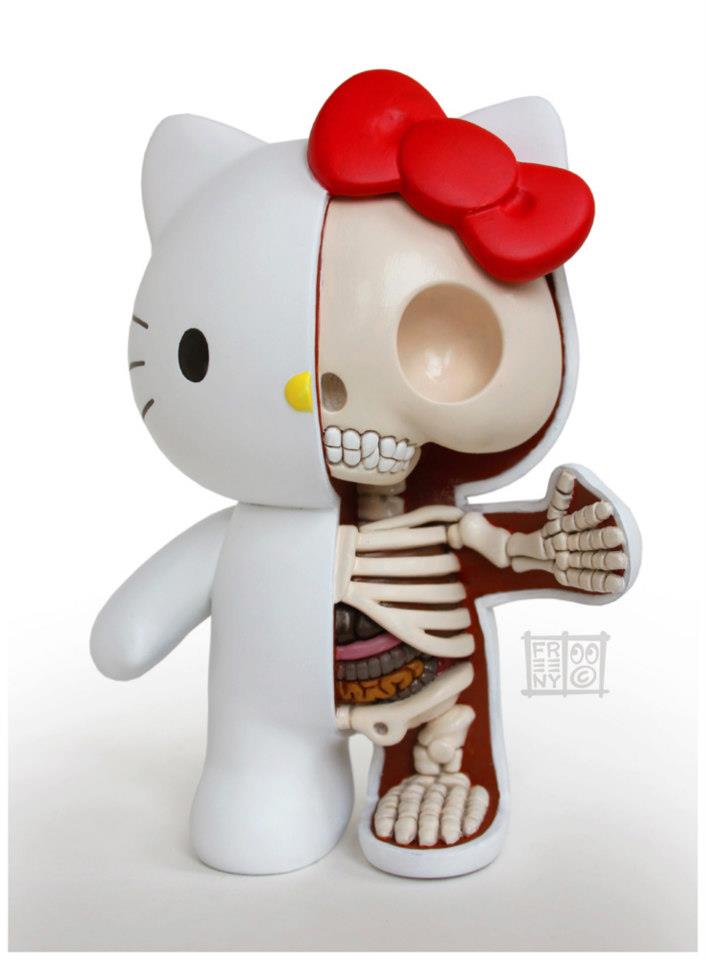 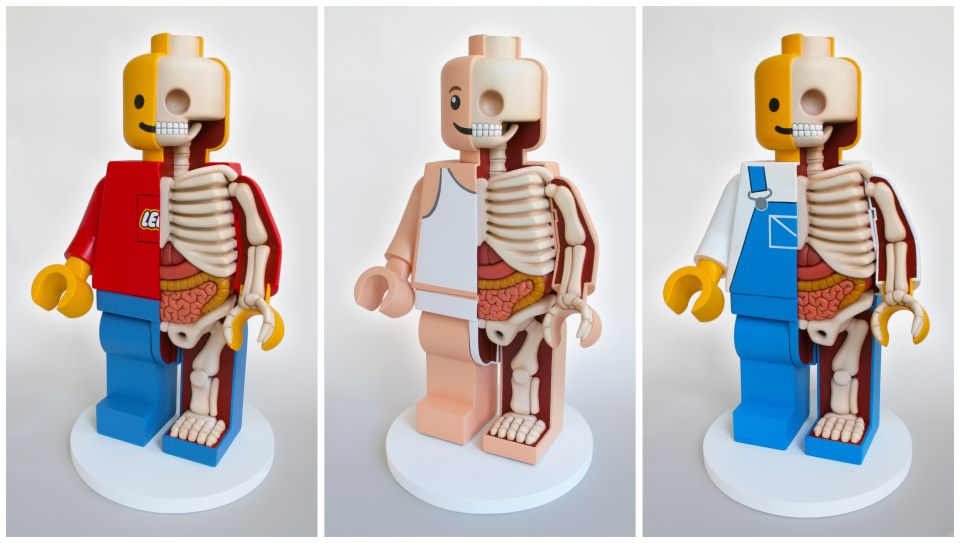 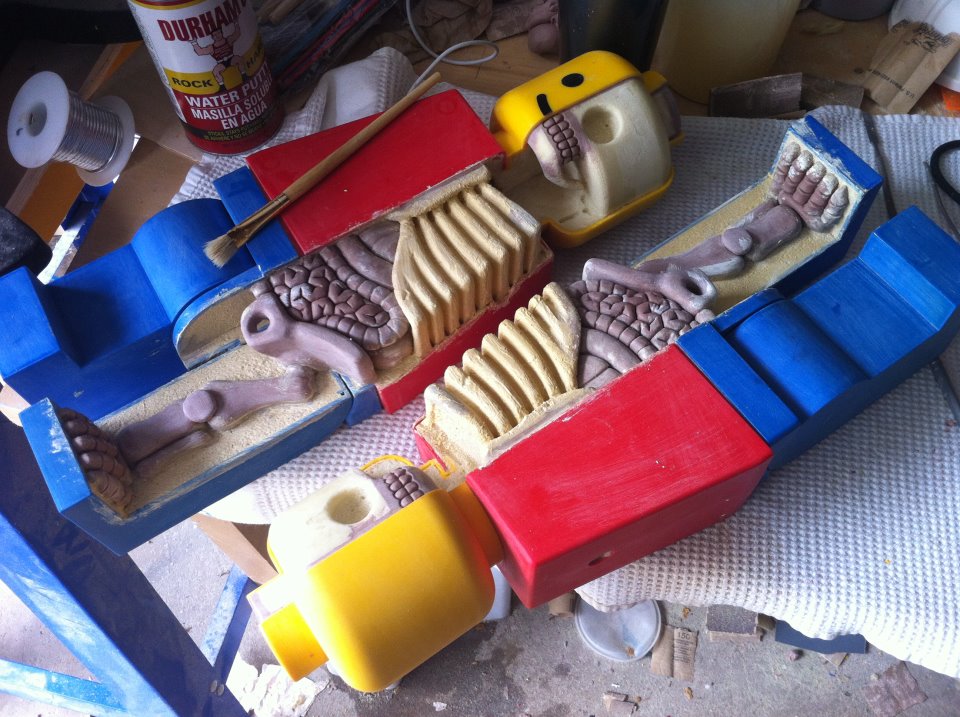 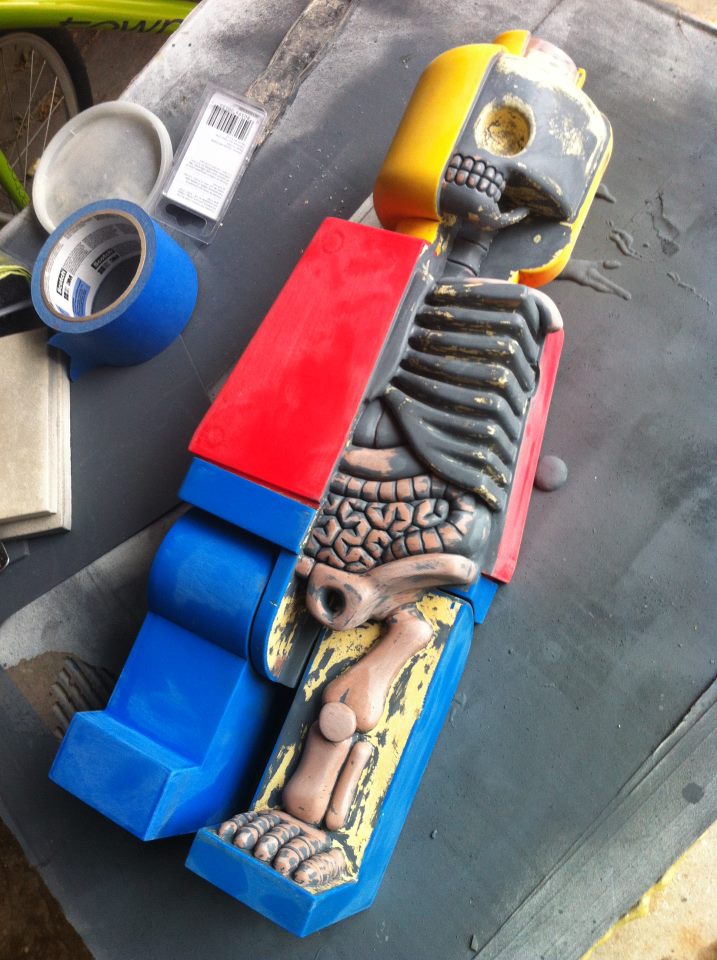 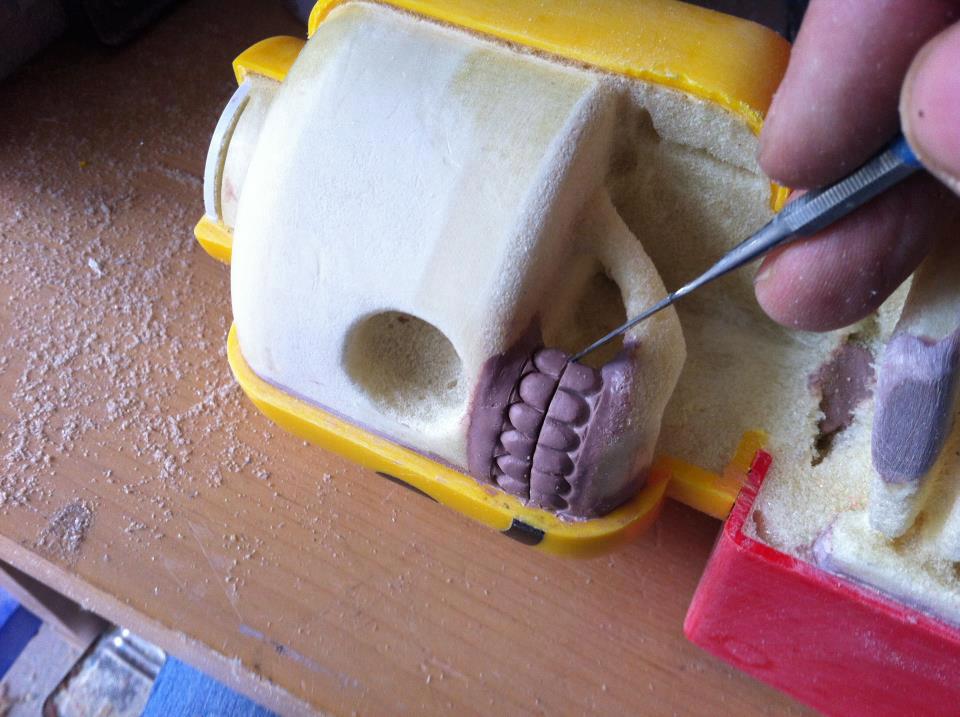 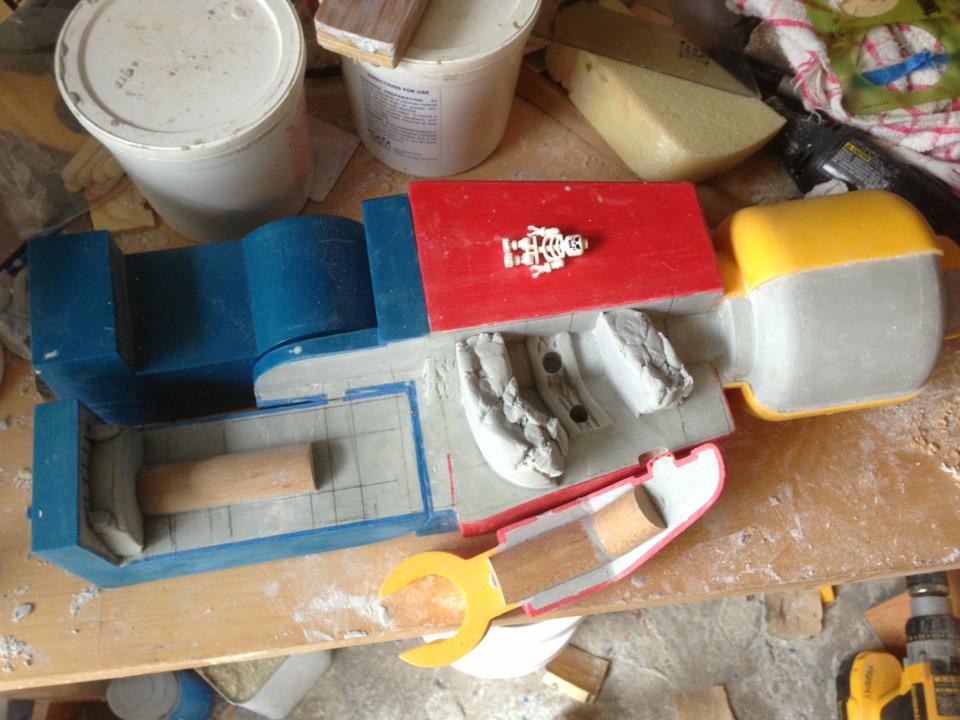 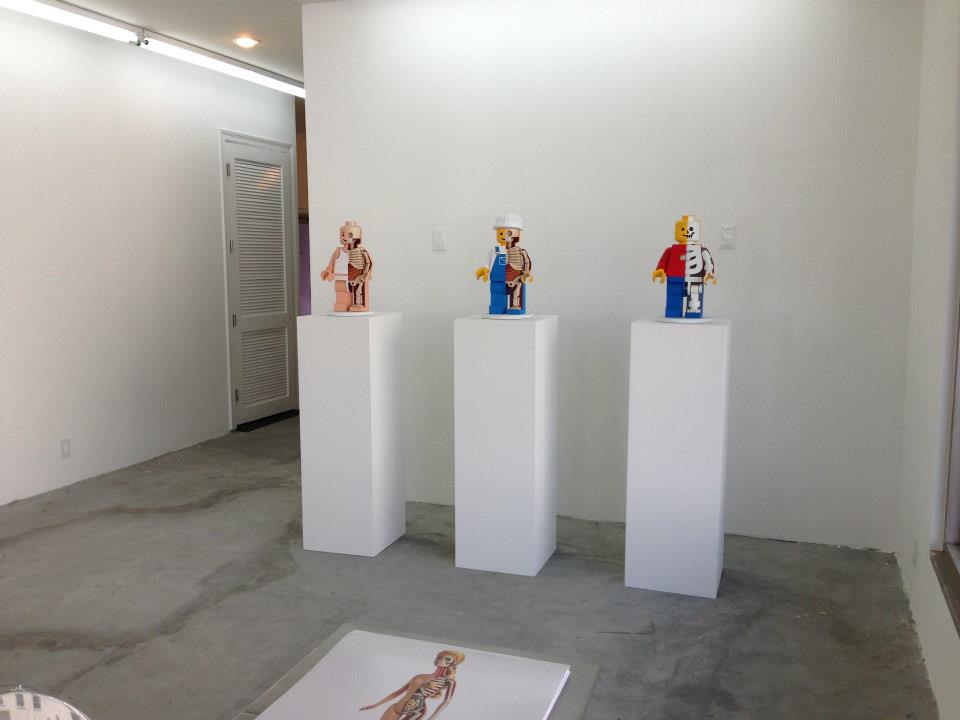 BIO
Born 1970, Silver Spring Maryland. The son of hippies and youngest of three siblings. Jason studied Industrial Design at Pratt Institute in Brooklyn NY. Spending most of the 90's traveling the globe as a muralist and theatrical designer, Jason joined MTV's Special Events department in 1997 as a freelance designer. While there, Jason helped design and create stage sets, props, and custom artwork for MTV Networks live events and trade productions worldwide. Jason's most recognizable contributions were his custom trophies created for MTV's "Rock-n-Jock" series and "TRL Awards" televised events. Jason created his first fictional anatomy illustration in 2000 with his depiction of the mythological "Incubus". His first anatomical digital illustration in 2007 with "Pneumatic Anatomica" balloon animal anatomy and his first anatomical sculpt in 2010 with an anatomical Dunny. Armed with a youthful, overactive imagination, Jason creates smart, intricate works that tickle the deviant intellect through a mix of hard graphics, detailed anatomy, pop iconography and wit. Jason went full time as a working artist in 2010 and can now be found hunched over his work table developing works of candy colored madness. Around that same time, through a series of hand painted, NSFW "Pin-Up" themed illustrations, Jason's personal artwork began attaining notoriety, gracing the pages of such magazines as Heavy Metal, Juxtapoz Erotica, Penthouse and Time Out New York. In 2002, after the birth of his son, Jason surrendered his messy, toxic studio for a nursery and went digital. A year later he took a staff position as a toy designer. And while that only lasted a year, the stylistic influence these two events had on his creations is apparent, spawning a surreal mixture where innocence clashes with maturity.