For me it is the integration of body processes in my work, in order to connect body and spirit as equal parts.

I think that this restlessness which is a necessary part of all artistic processes, this endless searching and restlessness – this is what drives me on and makes me feel alive

To me relying on one permanent identity makes no sense. It makes no sense if you are always supposed to be ‘the self,’ the one and only ‘self’.

As if a spider web, I sewn my own self-portrait. The grey silk thread is a kind of mask, the face overlaid with a delicate tension. I take contours and lines on my face and I support them, some put the new strings caesura.

For me line is a drawing. Out of the drawn line I developed the haptic line. I wanted that drawings could be experienced with the body. I consider line also as a metaphor for a trace (of life), something that remains. 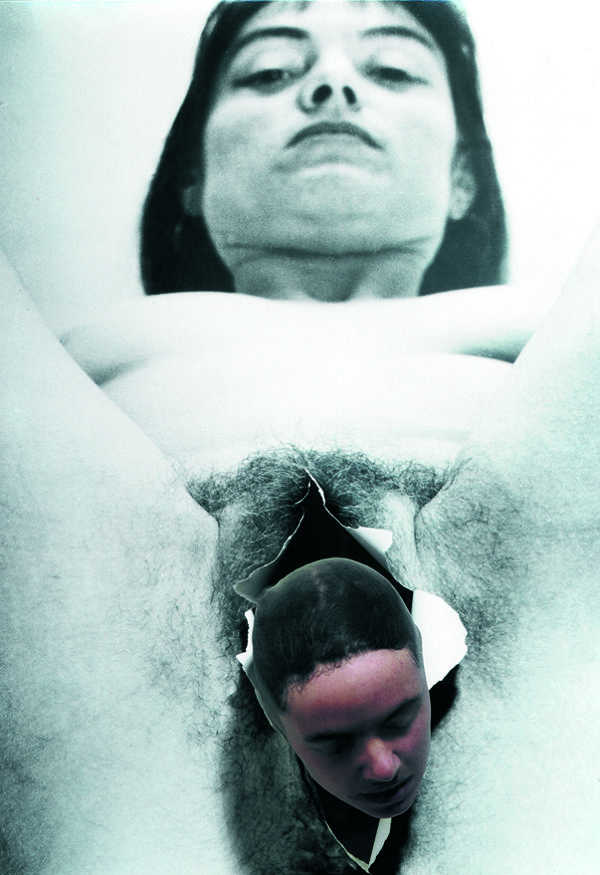 Selbst-Geburt (Birth of Self) 1977-96, Light box, 126x90x11 cm. "Here I combined early black-and-white self-portraits with later color portraits and displayed them as large-scale slides in light boxes. What is born here is not the child, but the own Self. The individual light boxes were set up diagonally on the floor, in a shape resembling the bed in which birth takes place" ©Annegret Soltau 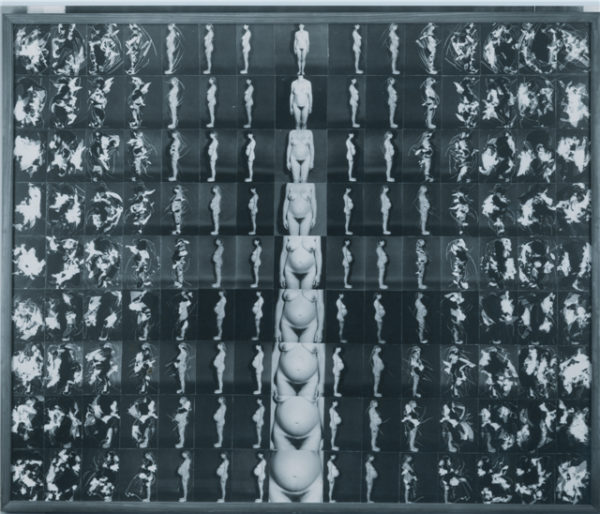 schwanger (pregnant), 1980. Fototableau, photo etching, 160x190 cm. "My pregnancies in 1978 and 1980 became an important theme for me. This personal experience yielded pictures in which I once again used myself as a model, this time myself in the process of being pregnant. The fear that my role as a mother could jeopardize my life as an artist inspired me to create a great many photos and videos. At this point I was preoccupied with the question of how women combine creativity and motherhood" ©Annegret Soltau

Mutter-Glück - mit Tochter und Sohn (Motherhood - with daughter and son) 1985. photo restitchings, 40x30 cm. "Mother with daughter, mother with daughter and son; photos of faces from which fragments have been torn out and sewn back in again. On the reverse side, this yields an abstract drawing of threads. The eyes, noses and mouths are always reworked – I used needle and thread to make them into a collage of grotesque family portraits." ©Annegret Soltau 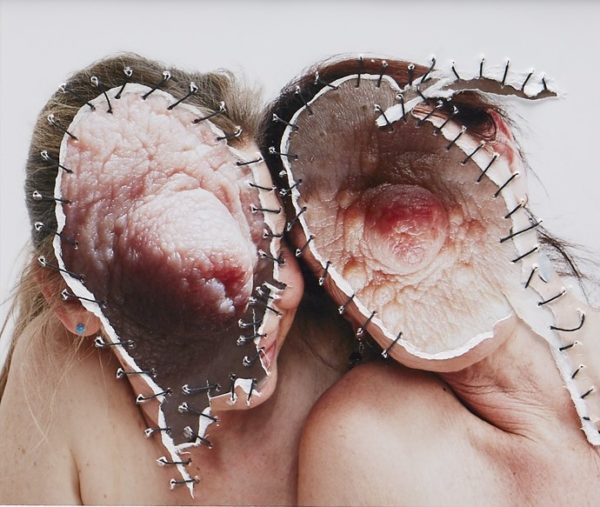 KörperÖffnungen (BodyOpenings) # Eye # Nose # Ear # Mouth # Breast # Navel # Skin # Vagina # Anus with Ute M., photo restitchings, 2011-2017 (different size). "The pictures „KörperÖffnungen“ present a particularly intimate subject. They show parts of the female body between outside and inside, become manifest in body-islands. All of my sewn photographs have a face and a reverse side. On the reverse side of my body collages the stitches are to be seen; they show the body quasi in an abstract form. Into the reverse side of the series “KörperÖffnungen” I sewed small rags of text arbitrarily taken out of the Book of Ruth of the Bible as well as the Sura about Women of the Koran. The work “KörperÖffnungen” is exclusively based on my own body and the body of a friend. Like with a magnifying glass we scrutinize our ageing body. I consider this work also as an appeal concerning the fragility of the achievements of our generation." ©Annegret Soltau 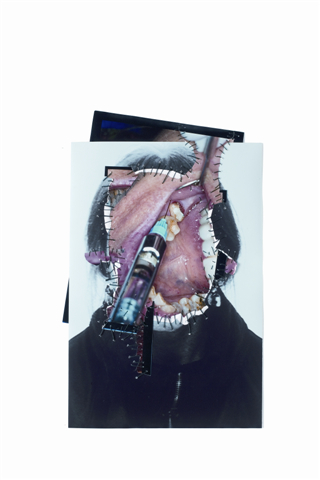 N.Y.FACES – chirurgische Operationen, 2001-2002 (N.Y.FACES – surgical operations) Serie of 23 photo restitchings each 44x30 cm and Performance "N.Y. FACES". "The attack of September 11, 2001 on the World Trade Center in New York was what triggered the series entitled N.Y.FACES. These works are composed of passport photos and close-ups of my dental operation. On the reverse sides, I included news reports from the period of the attack that I had torn out of the papers. The mouth, especially, plays an important role in revealing pain and violence, and here I purposely show a mouth, wide open, as an expression of the most intense feelings." ©Annegret Soltau 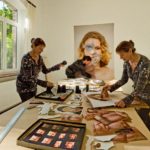 Annegret Soltau in her studio

BIO
Annegret Soltau was born in Lüneburg, Germany in 1946. During 1967-72, she studied painting and graphic arts at the Hochschule für Bildende Künste (University of Fine Arts) in Hamburg under Hans Thiemann, Kurt Kranz, Rudolf Hausner and David Hockney. During 1972 she attended classes at the Akademie der Bildenden Künste Wien (Vienna Academy of Fine Arts). She has two children, a daughter (b.1978) and a son (b. 1980). She has been awarded with Villa Massimo scholarship, Rome (1984). She has been a residence fellowship at Villa Massimo, Rome (1986-87). Awards: Kunst im Öffentlichen Raum (Art in Public Spaces) competition, Zentralkrankenhaus (Central Hospital), Bremen (1986); Maria Sibylla Merian Prize (1998); Wilhelm Loth Art Prize (2000); Marielies Hess Art Prize (2011); Johann-Heinrich-Merck-Honor by the City of Darmstadt (2016).