I am fascinated by all aspects of humanity. I started working with scientists in the mid-1990s out of curiosity – I wanted to know more about how we function. A lot of my work questions the everyday experience of reality that we so often take for granted. Interrogating notions of individualism, it also explores human inter-subjectivity through qualities like vulnerability and empathy. I am interested in narratives of ‘otherness’, and in working with the personal stories of individuals whose life experiences place them at the boundary of what is acceptably human in any particular context. In the making of works that are often unsettling and/or challenge the viewer or listener to move out of their comfort zone and readdress their preconceptions, I have taken myself into situations where people are at their limits. For example, US jails, where I interviewed people convicted of murder; the opera, where I photographed singers during and after performance; operating theatres, and, more recently, two day centres for people recovering from acute mental difficulties.

In these different contexts it is important that I witness actual events first-hand and/or work closely with people to understand their personal experiences. It is out of this process that the work evolves. This active involvement of participants in a collaborative and iterative research practice is a two-way process that is both beneficial to the person involved and also provides me with rich content. The resulting works can take a range of different forms, including interactive installation, photography, spoken word, book-works and objects, but the form always follows the concept.

A VIEW FROM INSIDE 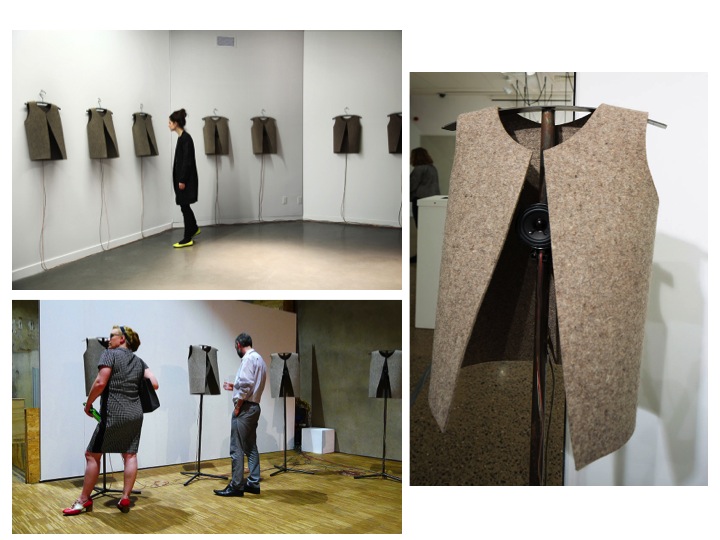 "Heart of the Matter" (2014). Steel, felt, speaker drivers, IR distance sensors, custom-built interactive audio interface. Dimensions variable, approx. 4x4m. Eight channel interactive sound installation that explores the impact of heart transplant on personal identity. In the installation, monologues compiled from individual accounts of the experience of heart transplant are juxtaposed with narratives of intimate relationships. The stories, which emerge from simple felt jackets, are activated as visitors approach. As more people enter the space, individual stories are overlaid to form a cacophony of interconnected testimonies about the effects of a physical or emotional change of heart. [ VIDEOS: https://vimeo.com/99147055 and https://vimeo.com/301058260 ] ©Alexa Wright 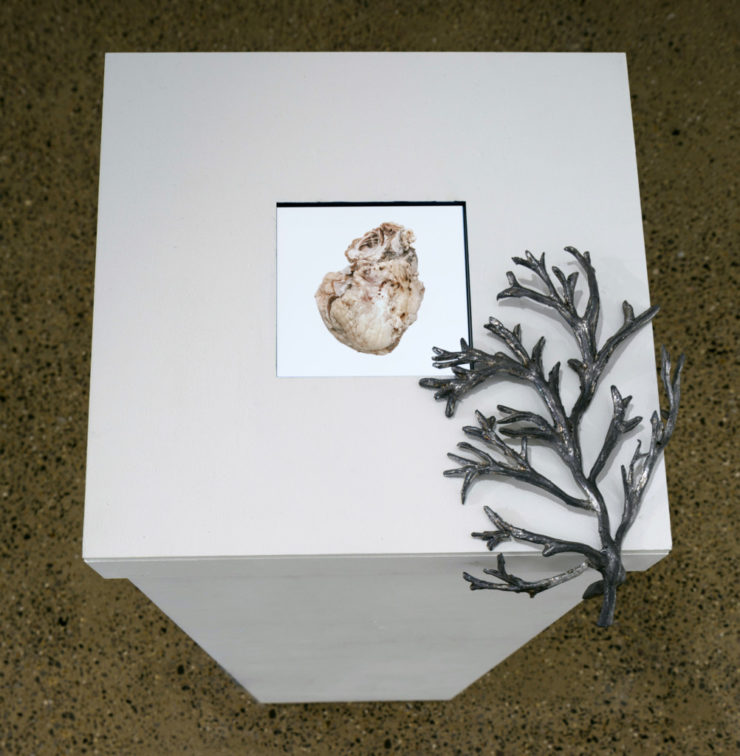 "Cadenza" (2014-16). Video animation; sound; lead; plinth Installation in which a still photograph of an explanted heart has been reanimated. The heart beats in an endless loop to an excerpt from Nina Simone's Feelin' Good. The work speaks of both the fragility and the endurance of the human heart. [ VIDEO: https://vimeo.com/244654031 ]. ©Alexa Wright 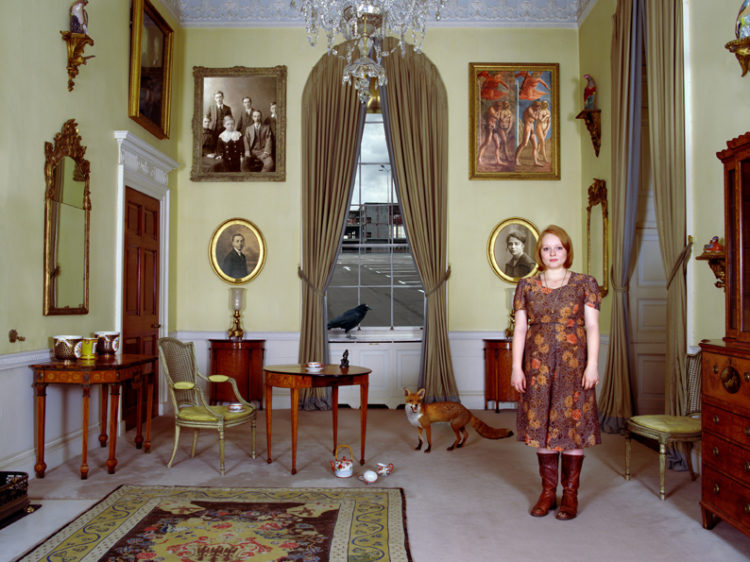 "A View From Inside" (2012) . Ten digital C-Type prints, 76 x 100cm + limited edition artist’s book (800). During 2012 I worked with people who experience episodes of psychosis to create these ten portraits. Whilst the people photographed all appear entirely ‘normal’, their ability to function within society has, to varying degrees, been affected by the experience of a psychotic ‘disorder’ such as Bipolar or Schizophrenia. The grand 18th Century settings have been altered, both digitally and physically to form ‘stage sets’ for the internal experience of each person when he or she is not in consensual reality. Visual, auditory and other sensory phenomena that occur during a psychotic episode contradict accepted notions of 'reality', and yet for one person they are absolutely real. These highly constructed settings, each incorporating a view through a window and an array of significant objects, give some clue to each individual’s private world. This work asks what we mean by reality. It also aims to reduce the stigma around mental health issues. [ https://aviewfrominsidephotoseries.wordpress.com ] ©Alexa Wright

"Cover Story" (2009). 2 channel video installation (1 monitor, 1 projection). Dimensions variable. Continuous loop. Cover Story is about the significance attributed to 'normal' and 'abnormal' human faces and to the impulse to classify people in terms of gender, race, age, ability and social status. An image of an out of focus flesh-coloured shape is projected onto a black wall. The shape gradually resolves into a face with no identifying features. Beside the projection is a black and white head and shoulders shot of a woman. She is silently articulating a narrative of facial difference edited from interviews with women affected by facial deformity. There is an intentional mismatch between the appearance of the face on the monitor and the narrative text. [ MONITOR: https://vimeo.com/46238400 5min 22sec PROJECTION: https://vimeo.com/46239139 8min 53sec]. ©Alexa Wright 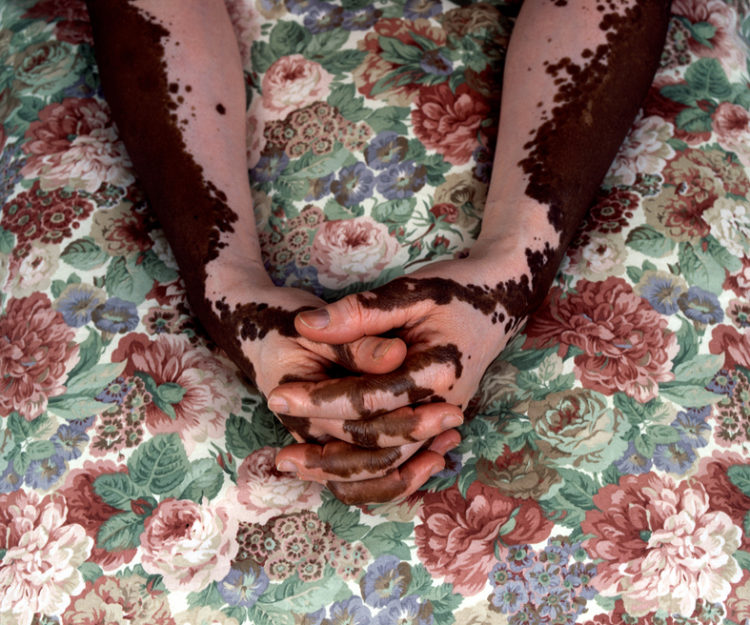 "Skin" (2000). Four Digital C-type photographic prints mounted on aluminium, each 50 x 75cm + four text panels. Skin was made in collaboration with Professor Irene Leigh, Consultant Dermatologist at London Hospital, and people with disabling skin conditions. Images of conditions such as Vitiligo and Psoriasis are set against ornate or brightly coloured fabrics. These are accompanied by extensive texts in which the subjects narrate their experiences. The images are modelled on medical photographs, but the backgrounds bring a different set of connotations to the unusual or 'monstrous' appearance of the skin. The texts also work to humanise the images and to moderate any negative reactions on the part of the viewer. ©Alexa Wright 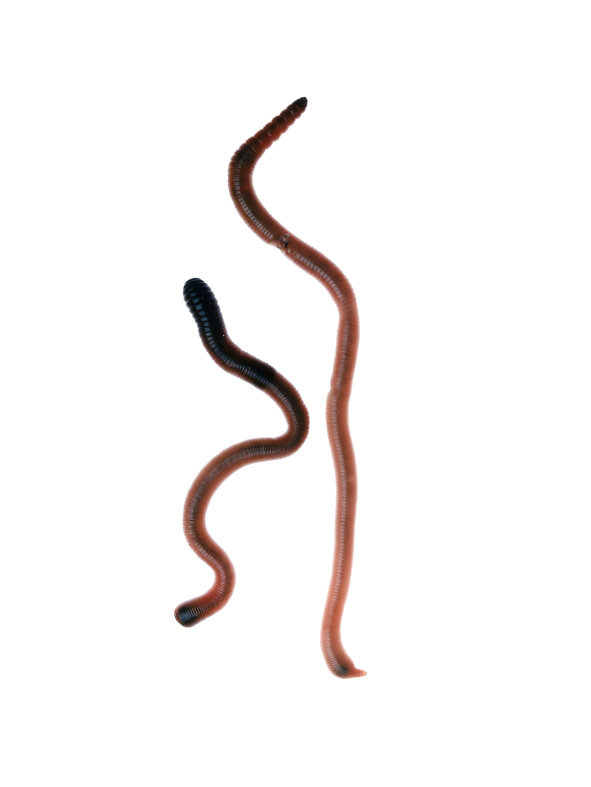 "Blind Flesh" (2001). Four C-Type photographs, each 100cm x 150cm. Blind Flesh is a series of four large photographs of earthworms taken on lightboxes. The fleshy quality of the bodies of the worms is emphasised by the scale of the images and by the transparency of the worms’ skin. This work explores complex ideas of bodily intelligence on a simple visual and metaphorical level. It refers to the sometimes disconnected relationship between bodily sensation and neurological stimuli. ©Alexa Wright 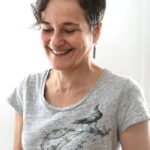 BIO
Alexa Wright is an artist based in London, UK. Working at the intersection of art and medical science to explore human inter-subjectivity through qualities like vulnerability and empathy, Alexa uses a wide range of media in her work, including photography, video, sound, interactive installation, performance and book works. She has extensive experience of working with people with disabilities and metal health issues, as well as with medical scientists and other creative practitioners. From 1999-2010 Alexa worked collaboratively with Professor Alf Linney and computer scientists at UCL to create three interactive installations, Conversation Piece (2009), Alter Ego (2005), and Face Value (2001). These works have all been widely shown internationally. In 2011-12, funded by a year-long AHRC Fellowship, she created A View From Inside, a series of portrait photographs of people who experience episodes of psychosis. In 2015, funded by the Arts Council, she initiated Piecing it Together, a participatory project for people experiencing mental ill health at two NHS Foundation Trust Mental Health Recovery Centres. Since 2007 Alexa has been part ofHybrid Bodies, a unique international, interdisciplinary project based in Toronto, Canada that brings together medics, visual artists, a philosopher and social scientists to explore the emotional and psychological effects of heart transplantation from multiple, interwoven perspectives. Alexa is Reader in Art and Visual Culture (0.5FTE) at the University of Westminster.